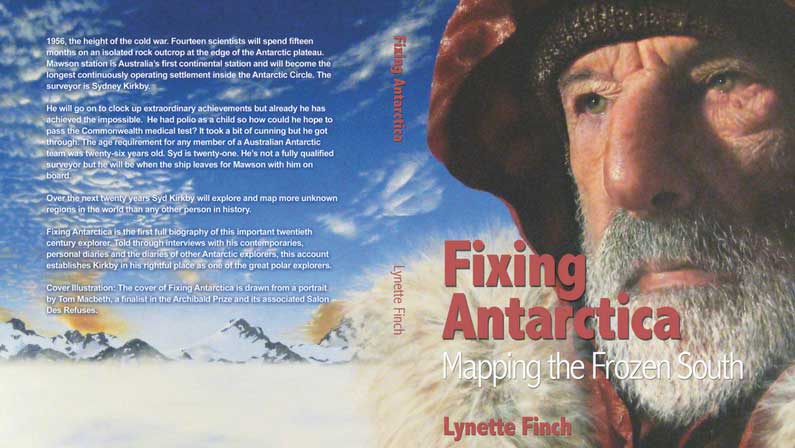 Previously at Mawson Station. The field party returned from their first plateau expedition with the surveyor disappointed that visibility prevented him getting an astrofix from the top of the mountain. When he tried to develop the round of photographs he accidentally exposed the film. A ferocious blizzard blew in trapping two members of the party up on the plateau where they’d gone to change the records at the meteorological remote station. They got back after a night of extreme discomfit but the blizzard picked up again for the rest of the week. Attempts to get the Auster plane up in the air came to nothing when it wouldn’t start, and then when it did, the engine kept dying in the air. Sunday rolled around and it was movie night.

Sunday 8th April The weather conditions were so poor that night that it took two men to feed the dogs who were staked outside on a wire. Syd and Nils had to rope themselves together to get to them and then they spent a difficult half hour digging the poor animals out of the ice so they could eat.

A week of blizzard followed so the work around the station was mostly domestic: painting the biology hut, checking that the electrical wiring was working and that the fire alarm was working kept everyone busy enough, but feeling trapped and a bit on edge.

Black Friday April 13 1956, brought in the weather change they’d been waiting for:

The wind is down to a sensible 20 – 30 knots and we even had a glimpse of the sun for about half an hour. With the weather decent again the place has been in a fever of outside activity. Lin and Coop on the weasels, the RAAF moving the Beaver into the hangar and Peter drilling holes for blizzard lines. John and I have been pushing on steadily. The biol hut is ready for occupation, complete, finished hoo bloody ray. The place looks darn good. We are now well under way with the office and should clean it up in three days. (Syd Kirkby’s diary)

Watch this space … the biology hut is about to be the scene of their first disaster. …