Book Review: Anthony Doerr’s All the Light We Cannot See 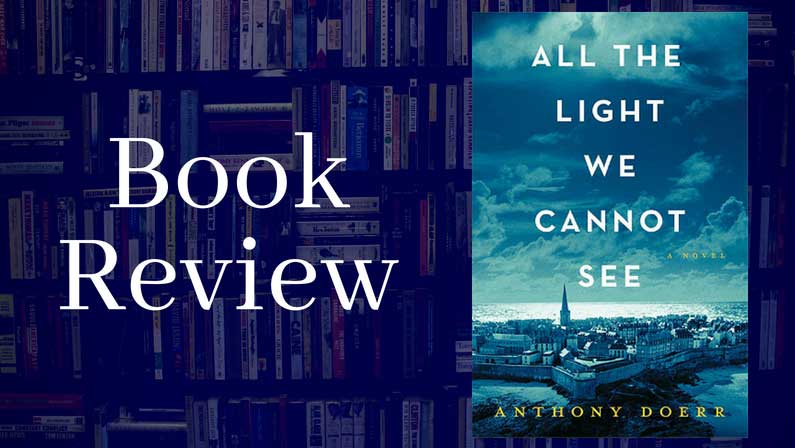 Undersized, snowy-haired German orphan Werner, is a genius with radios. He and his feisty little sister Jutta are wards in Frau Elena’s children’s home. At night they listen to a radio receiver that Werner found and restored and, sometimes, the enchanting feathery voice of a French man talking about light makes them dream that anything is possible.

Blind French girl Marie-Laure is growing up in Paris, where her father, who guards the keys in the Museum of Natural History, has made a model of Paris to help her feel her way around the streets.

The war is pressing down on all of them. It will provide Werner with the unexpected opportunity to attend an elite, but brutal, school from where he will be dragged, too young and too small, into the conflict. Marie-Laure will find herself under the roof of her reclusive, damaged uncle in the ancient walled city of Saint-Malo.

The story opens with the walled city under heavy bombardment. Werner is trapped in a hotel basement in Saint-Malo and Marie-Laure is alone in her uncle’s house as the German army makes the old city the final German stronghold on the Breton coast during the dying weeks of the war.

Like the light we cannot see, there is a luminosity to Doerr’s prose, a glow of innate goodness in people forced to do evil, a pulse of energy in the folding timeline that doubles back on itself.

Winner of the Pulitzer Prize for fiction in 2015, a New York Times best seller, a finalist of other book awards, The Light We Cannot See took Doerr ten years to write. It was worth the wait and will always be in my top ten of all-time favourite books.