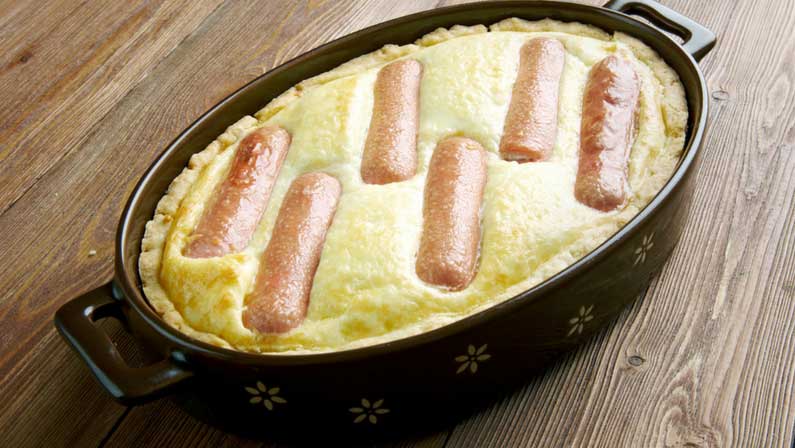 On Tuesday an Antarctic blizzard blew in. We gamely battled on with our quest to unload the ship but in 40-knot winds, the biggest impression we made was in memberships of the swimming club. We were deluged with new members.

Once the winds exceeded 60 knots we accepted defeat but we hadn’t managed to get off the ship when the gusts began to exceed 95 knots. At that speed the wind is strong enough to hurl rocks through the air, so we made a hasty retreat.

On Wednesday 21st we were blizzard-bound all day but our spirits were elevated (possibly to hysteria) when Mack attempted a new culinary dish for lunch.

I’ve hinted in previous posts that Toad in the Hole is part of Antarctic heritage.  Mack is Scottish so he was attempting a cross-cultural exchange and he produced something that was uncannily similar to a doormat.

I’ve put some recipes up so you can all have a try at this peculiar, traditional English cuisine. You vegetarians aren’t spared (that wouldn’t be fair). You’ll see that during the first world war, this was one of the scandalous ways housewives wasted lentils!

Eight intrepid expeditioners rose to the occasion and declared our lunch worthy of burial at sea. Out we went, into the howling wind and pelting snow. We read a passage from The Admiralty Manual of Seamanship with the ‘body’ sewn up in a tea towel covered in an Australian flag. With a three-gun salute affected by busting three inflated paper bags, the body was reverently nudged off the cutting board and we all hurtled back inside before we got frostbite.

Then we plied the chef with generous lashings of Scotch and Carlsberg. The poor man was in grief! He was down on his knees howling beside the stove … although it could have been the grog he consumed while we were freezing our ears off on the deck.

The latest weather bulletin has the barometer steady with the wind at 65 gusting to 80. I hope we can get a bit of unloading done tomorrow. The clock is ticking and Hans Christian is pacing ominously.

Here’s to Toad in the Hole … long may it sink below the frozen ocean and let’s hope dinner is better (although with the state Mack’s in there is some doubt there). 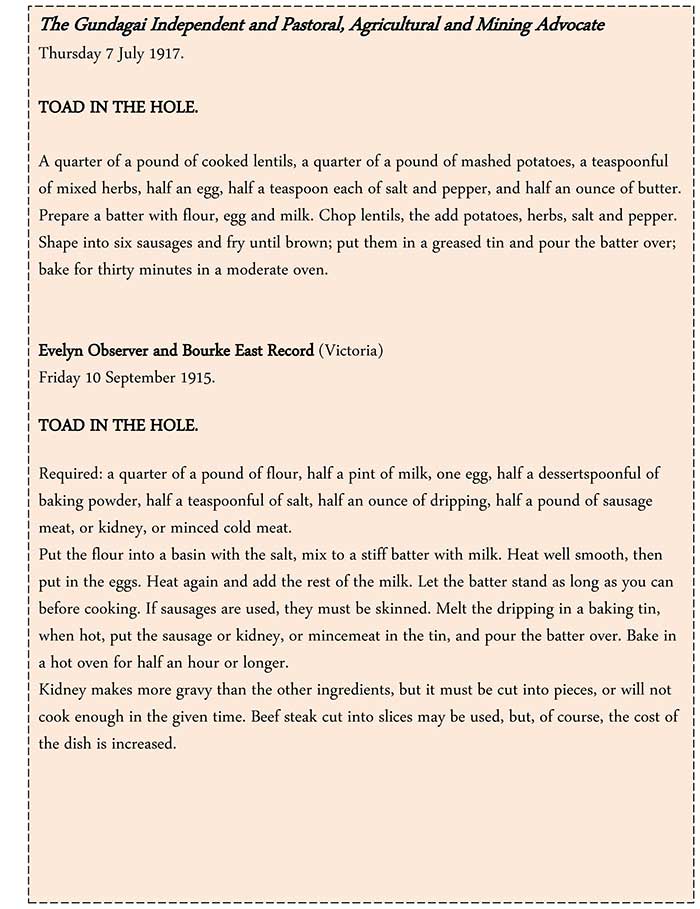 Possibly as part of the civilian duty to sacrifice creature comforts for the war effort, Toad in the Hole recipes abounded.