Fixing Antarctica: Does Your Chewing Gum Lose its Flavour in Antarctica … and Other Important Questions. 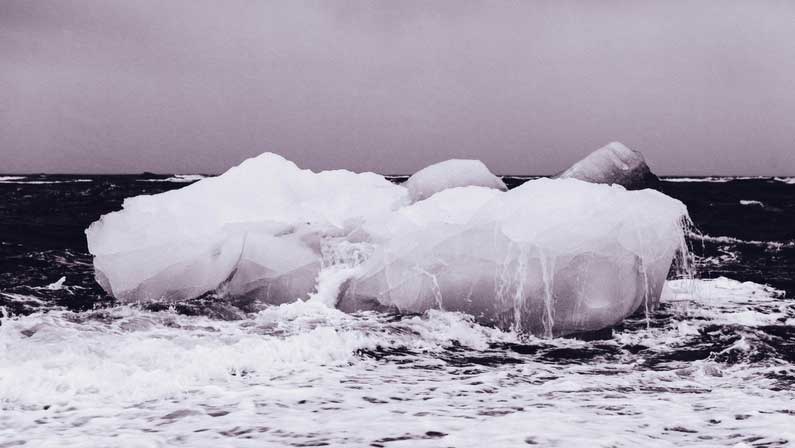 During March, most of the work in Horseshoe Harbour was domestic. The office dongas took shape with painted walls and shelving, and the metal plane hangar was completed. Small parties took the dogs out on one- or two-day training runs around the harbour. Throughout March, Syd Kirkby the surveyor and the geologist, Peter Crohn, discussed plans to carry out a series of five-day trips throughout the six-week period left before the perpetual dark. On Tuesday 27 March 1956, Syd, Peter, the Mawson OiC Bill Bewsher and Noel (Toby) Cooper the diesel mechanic set out on the first of the trips over the plateau.

Syd, Bill, and Peter left Mawson at ten in the morning and arrived at the Henderson Depot at three in the afternoon.  “The Weasels are running like dreams,” Syd wrote from the safety of two sleeping bags, inside one of the vehicles.

In the morning, the party edged around the crevassed area to the eastern side of the range, passing through by one in the afternoon. There, Syd surveyed and laid down a couple of kilometres of markers—for ice flow and accumulation studies. He set up in the lee of the weasel, but once the markers were in place and he had completed a sun observation, the rest of the team left in the weasel, leaving Syd to do magnetic readings. At five thirty in the afternoon, after “chuffing along happily,” they entered an area of heavy crevassing. It was almost dark, and they feared stopping as much as returning, so they pressed on.

On the northwest side of the range, the ice was solid. They stopped to radio in to Mawson. The diesel mechanic was a bit frostbitten, Syd reported, and he noted that one of the mysteries that had taxed his thoughts had been resolved, not entirely positively.

Does urine freeze before it hits the ground in Antarctica. You must have been wondering about that too! The answer, dear readers, is that it does but unfortunately in those winds not all of it hits the ground and the bit that get blown back freezes whatever it gets blown onto.

At much the same time as our expeditioners were making this first short foray out onto the plateau, Soviet scientists set out from Mirnny on a four-hundred-kilometre trek towards the south geomagnetic pole, where they would, in the future, establish Vostok (the coldest base on Earth) and, at the pole of relative inaccessibility, Sovetskaya station.

The convoy would often cover just ten kilometres a day, despite being serviced by two C-80 tractors pulling three sledges, each carrying fuel drums, equipment, and provisions. The data obtained in that first journey allowed the Soviet scientists to measure ice-cover thickness and glacier-bed relief and produced new data on global climatic patterns. At some sites, by means of seismic acoustic soundings, they measured ice thicknesses of two kilometres, while bedrock was found at some points below the sea level.