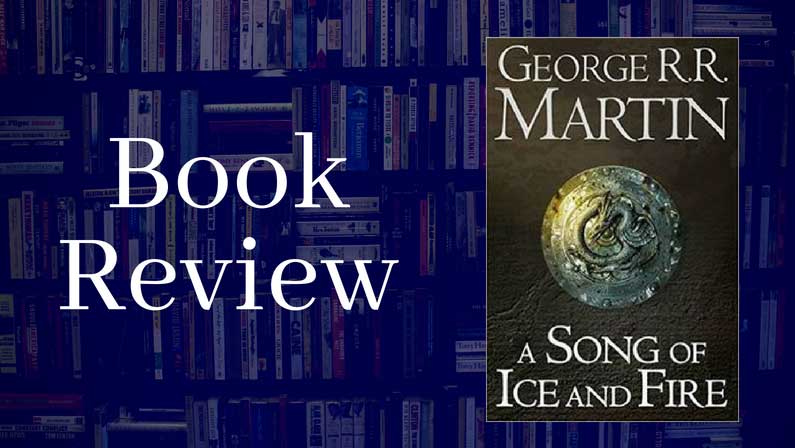 The first book of the Ice and Fire series (dramatized by HBO as A Game of Thrones) had me entranced from the first page. I had to overcome a deep prejudice against the fantasy genre to read this book but I need not have worried as a powerful writer immediately took me into a world that might have been about 400 years ago, to a continent that might be located somewhere near Mongolia, to a time when summers and winters span decades and the land is divided between the seven kingdoms inside the vast wall and the world beyond the wall.

In this book, Lord Ned Stark is called by his old friend, King Robert to leave his northern castle and travel to the south to be his Hand, or second in command. Robert has married into the dangerous Lannister family and no one is more dangerous than his beautiful wife, Cersei.

The court of King Robert is a nest of vipers and intrigue and very quickly all of Ned’s children (the two girls he took with him to court and the four sons he left behind with his wife) are all in deep danger.

I bought a seven-book boxset of Martin’s books and I’m trying (unsuccessfully) not to race through them because then they’ll be finished and I won’t have them to look forward to any more. Martin writes beautifully and poetically.

There are a lot of characters to follow, with each chapter following the next stage in the lives of three Lannisters, eight Starks, as well as Dani, the daughter of the deposed “Mad King”. I didn’t get lost because I’d seen the first two seasons of the HBO dramatization but I suspect it would be a good idea to put the book aside for holiday reading, just in case the enormous cast is confusing. I loved it and the next three and I’m happily consuming book four as I write this.