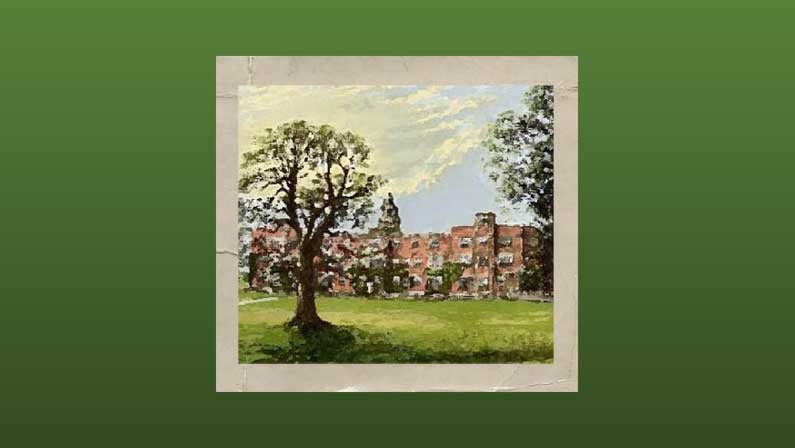 Hertfordshire’s history has been governed by its proximity to London. It doesn’t have good soil but, from the twelfth century, markets were established in the county to supply London with butter, cheese, meat, hides and leather. This led to the establishment of inns and services for travellers from London and that meant that better roads and lanes were built.

In the sixteenth century, a number of wealthy grantees of the Tudor monarchs gained the right to enclose land for private enjoyment. For the peasants and labourers of Hertfordshire, it really was a case of ‘there goes the neighbourhood’ (and their ability to live a life of dignity as well). Outer palings, enclosing herds of deer and keeping out commoners, began to be a common sight.

All classes were of the one opinion: the closure of roads and paths across parks was an infringement of ancient rights of way. It’s just that some people didn’t care. The social problems caused by the fashion for country houses grew worse throughout the seventeenth century. Wealthy Londoners kept turning up in Hertfordshire, shopping for country estates, creating more difficulties for the poorer residents who were left with fewer places from where they could gather wood, bracken and furze for winter fuel.

By the mid-1600s, common herds and flocks had largely disappeared and individuals now had to forage for pasture on small remnants of commons. There was a widespread acknowledgement that the meagre pickings that could be obtained from the countryside by legal means were insufficient to sustain life.

From 1671 to 1723 a dozen new acts were passed, increasing penalties, widening the scope of offences, prohibiting the sale of game and giving powers of arrest to gamekeepers.

Scarcity creates two responses: desperation or anger. The old and infirm sometimes resorted to begging. A few youths turned to crime, breaking hedges, damaging gates and stealing sheep. Poaching became common. By far the largest number of indictments for theft were of one or two hens, ducks, rabbits, pigeons, a turkey, two sheaves of wheat, small quantities of potatoes, a piece of bacon and other items, mostly stolen from neighbours or small farmers. In 1783, quarter sessions were alarmed by a great rise in the number of larcenies and, in 1792, constables were instructed to use greater energy in enforcing the law. By then poaching attracted the death penalty, a sentence which could be commuted to seven years transportation to Botany Bay.

Return to Thomas Finch, Part One or go on to the story of his son, Richard Finch (Part One)