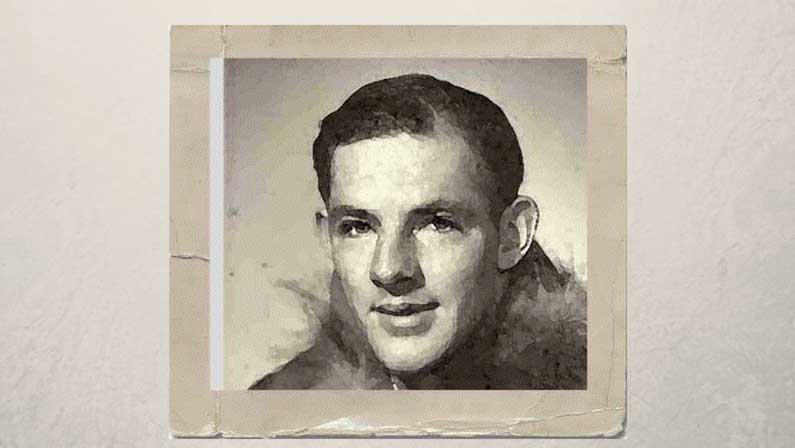 I hope you are sleeping well aboard the Kista. If you’ve been terribly seasick, you wouldn’t be the only one!

You might be wondering about your fellow passengers. This is the biggest wintering team that Australia has ever sent to Antarctica. The fourteen scientists were chosen from a field of hundreds of applicants.  The surveyor of this talented team, the central character in Fixing Antarctica, is Sydney Kirkby. That’s him in the official photograph taken in the Australian National Antarctic Research Expedition (ANARE) office at 197 Collins St Melbourne.  The parka was made of Ventile, a cotton fibre designed to keep pilots alive in water in the second world war. The fur fringe was dog.

Syd will go on to clock up extraordinary achievements but already he has achieved the impossible.  He had polio as a child so there was no way he could have passed the Commonwealth medical test to be selected as the surveyor in this important Antarctic winter expedition. It took a bit of cunning but he got through that hurdle. The age requirement for any member of the team was twenty-six years old. Syd will celebrate his twenty-second birthday during our winter at Mawson Base. Only fully qualified surveyors were interviewed by the Director of the Australian National Antarctic Research Expedition (ANARE). That was in July 1955. Syd’s qualifying exams were scheduled for September that year, so he was a few months short of even that basic requirement.

Despite this start to his career in Antarctica, over the next twenty years Syd Kirkby will explore more unknown regions in the world than any other person in history.