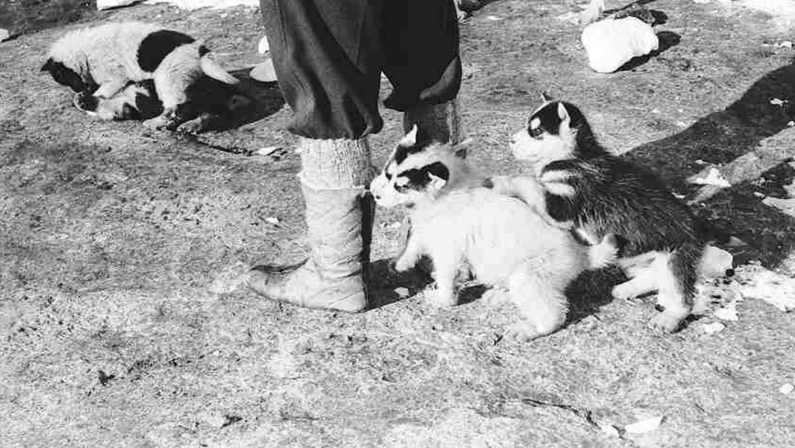 August is a difficult month for expeditioners in Antarctica. From mid-June, the stations are blighted by gloom but the lowest emotional and physiological ebb is in August for, by then, it has been dark and cold for far too long. Syd was pushing ahead with plans for The Southern Journey into the unexplored country behind the Prince Charles Mountains, but lethargy and depression amongst the winterers affected everyone’s interest in putting the preparatory plans into action.

I don’t know what is wrong with the party that just came back. Peter has not been up for two days. Lin and Pat are both decidedly off form and I feel as though I have been beaten till I feel heavy and slow. Jim is the best of the lot of us, at 43 he is marvellous, it would appear that there may be something in this business of an older man standing cold better than the young, though I know that while I keep going I can go as well as any here and better than most, but when I stop I feel really washed out.

The arrival of three litters of pups provided a tonic, and the chubby little strangers were constantly visited and pampered:

Have just been to let Dinah go for a walk. It is rather pleasing outside. Light falling snow with the temperature up to -22°F and the wind down to 18 mph … the pups are going like little champions. Their eyes are now well and truly open and ‘the Palooka’ can walk with the rest.

A cable from Joy about the wedding date was “a bit of a nuisance, don’t quite know what to do,” and news that the Beaver was damaged from constant overloaded takeoffs meant that reconnaissance was on hold. No chance then of assisted expeditions, so they would have to set off from Mawson. “It looks now as though our next move will be onto the plateau with dogs, it will be pretty bitter, and possibly worse still windy, though if we were to sit in base and wait for warm weather we would get nothing done.”