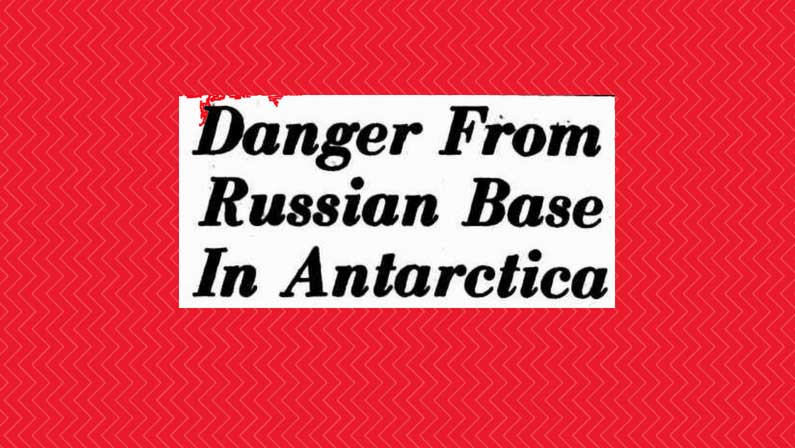 Okay, so things get a bit wobbly in Antarctica in September, but that no reason for the folks at home to lose their nerve, is it? Is it… Well, back at home the cold war broke out again …

It might be a good idea to remind you why so many nations had set up bases in Antarctica in 1955-1956.

But Mirrny was right in the middle of Australian Antarctica (it still is) and there has always been deep disquiet about that amongst some levels of political leadership in Australia.

Many of the nations involved in the IGY research indicated early that they would stay in Antarctica only for a couple of years. The Americans, for example, handed Wilkes station established by the United States in 1957-58 over to handed to Australia in 1959. In 1964 that base became a rubbish dump and the Australian base moved to nearby Casey station.

In September 1956, as Syd and his colleagues emerged from the dark winter, there were dark mutterings in Australia that the Russians might not to home after the IGY.

So a storm of disquiet fluttered through the Australian press and then was forgotten. As September’s dark blended into October’s light, the mini cold war was forgotten and the polyarniks in Antarctica began to plan their excursions into the great unknown frozen wilderness beyond the coastline. 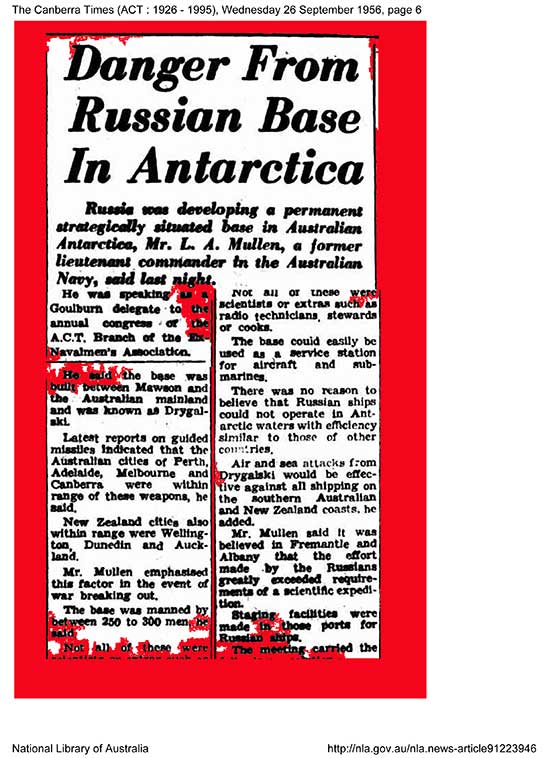