Fixing Antarctica: The Best Rubbish Dump in the World at the Wilkes Hilton 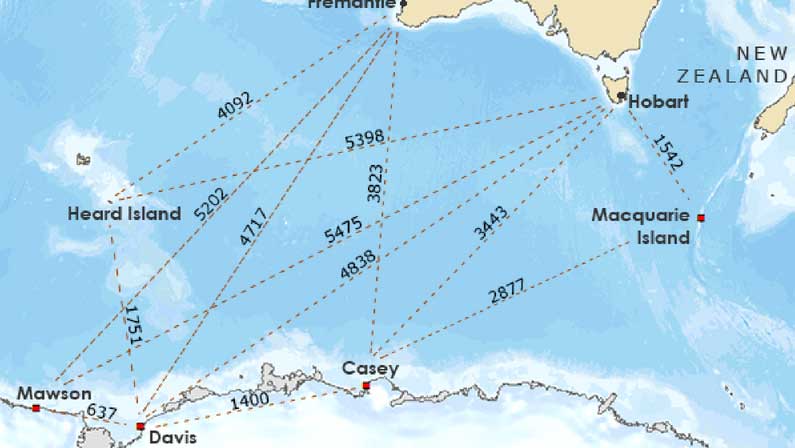 There is absolutely no doubt about it. The rubbish dump at Wilkes is the best rubbish dump on earth. It spreads in frozen chaos around the almost buried carcass of what was once the American base, Wilkes station. These days it is about 45 minutes trip in a Haaglunds vehicle, or roughly 7 kilometres from Australia’s Casey station.

Hold onto your Ventile and dog fur hats, dear Time Travellers, because I’m about to leap us backwards to … the summer of 1957. Wilkes station, built in a wind tunnel in the lovely Vincennes Bay, on the Knox Coast, is being unpacked from a hundred packing cases. In accord with International Geophysical Year agreements, the base is being set up and staffed by the United States Navy.

The huskies are being unloaded and staked to the ice. In a couple of years some of the Australian dogs will be added to the gene pool. The famous Australian husky Oscar and his long-term girl Mukluk supplied offspring to the Wilkes dog teams.

Wilkes remained in American control, with international scientists and observers included, until the United States withdrew from the Australian Antarctic Territory. The USA, by the way, has never recognised the AAT. The official handover to Australia was on 7th February 1959. In 1969 Wilkes was closed and the Australian expedition moved over to Casey Station.

In January 2008 I was lucky enough to be one of the three Antarctic arts fellows, travelling on the Aurora Australis on voyage four, which was the supply trip for Casey, Davis and Mawson stations. I didn’t spend much time in the bases because, to my undying gratitude, our wonderful guide Vonna Keller organised to whisk us straight out into the field, where we stayed in a cluster of rustic tiny little shacks out in the frozen wilderness of that magnificent continent.

One of the trips was an overnight stay at the Wilkes Hilton, which, by Antarctic field standards, is a positively palatial hut, that is still used as a transmitter hut. in Antarctica.

I visited it in February 2008t feel at all sympathetic to the lobby to clean up the mess. When the humans withdrew they left all the rubbish behind. Now, frozen in time and semi-buried in ice are tens, perhaps hundreds to cakes of butter with their labels still legible, biscuits, tea caddies, and the semi-exposed furry back of a dead husky. Sadly, many of the Wilkes huskies were shot when the humans withdrew from the station so it was probably killed then and left behind on the top of the rubbish dump for the winds.

Wilkes was built in an impossible position. Even when it was fully occupied, the station was always in danger of being swallowed by the snow driven up the valley by the wind. The US navy had inadvertently made the battle with ice much worse when they installed ingenious underground heating devices which melted the ice. Melted water rose up into the buildings and froze. When I visited Wilkes, every building except one was full of ice with just the elegant wooden struts of the Jamesway hut protruding like a skeleton in the crystal glare.

There is an ‘urban myth’ that a piano is still buried in the ice inside the former recreation hut. Naturally, we all tried to peer through the opening in the roof, at the frozen opaque block but the bubbles make it impossible to see anything. Dr Lloyd Fletcher, a long time Antarctic expeditioner, swears that in 1986 he crawled into the tight space through the opening in the roof and he could see not only the piano but also the movie projector, still set up and ready to roll.

What, you may be wondering, has this got to do with our expeditioners, over at Mawson station, 2000 kilometres to the west?

In an earlier post, we saw our 1956/7 winterers going out onto the semi-frozen ice (having taken the precaution to rope themselves together – united we drown!) That reminded me of another story.)

In 2008, travelling on the voyage, was an expeditioner who was returning to Antarctica after a forty-six-year gap. Bill Burch was just twenty-two years old when he was appointed to run the Geophysical Observatory at Wilkes in 1961. The departing American penguin expert Ron Penny had a motorbike at Wilkes, a BSA Bantam 125 cc bike, and young Bill bought it off him and added some home-grown modifications. By putting 50 mm brass gutter bolts through the tyres, he relied on the cold rather than air to keep the tyres in an inflated shape and the bolts gave great traction.  Bill couldn’t wait to test it on the ice. He rode right out onto the semi-frozen harbour with the wind in his hair before he thought to look back. The bolts were hammering puncture marks into the surface behind him and a creek of water was being created in his wake. He rode back very carefully and lived to tell the tale.

Bill is helping the Wilkes historical group keep their website updated and there are lots of photographs and even videos of Wilkes history, but as far as I can see he hasn’t yet posted the story of his ride on the ice. It’s a good site. Have a look.