The Girl from the Village of Apple Blossoms 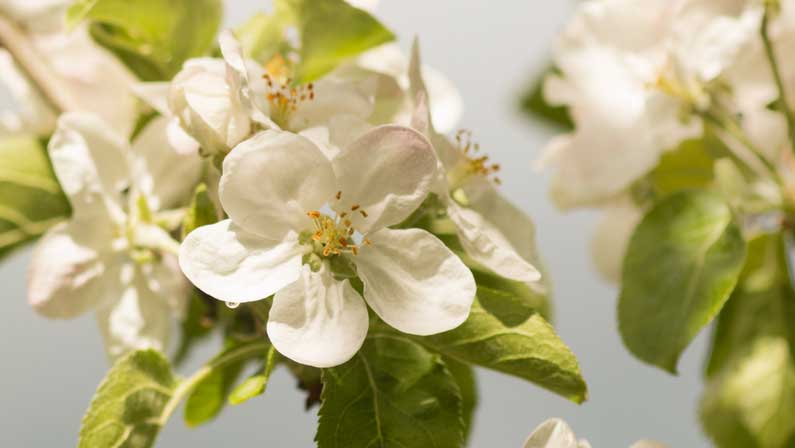 While I’m waiting to hear from publishers to whom I’ve submitted the proposal for Syd’s biography I’ve been working on a series of geneological stories. This was a little vignette I wrote about Christiana Link, the mother of … well, you’ll have to read the book to see where she fits. I thought it was a lovely name, lovely village, great story. Only trouble is I made a mistake. Christiana isn’t the mother of my ancestor as I thought. She was married on the same day and I conflated two forms.

Here is the story of Christiana Link and William Hedge, who were not, and never will be, my ancestors.

The Girl from the Village of Apple Blossoms

Putley is an ancient village, close to the Roman road. The eleventh century Domesday Book mentions the collection of houses at Putterlee. A “lee” is a wooded glade. It is a tiny village which, for centuries, has been renowned for the fragrant orchards which produced cider and sherry for the London market.

The barrels have trundled through the narrow lanes pulled by horse and cart along the Roman Road to London, sometimes slowing for pilgrims who, for centuries, have walked The Way of St James or the Camino de Santiago de Compostela, pilgrimage paths from the cathedral of Santiago da compostela in north-west Spain to St. James Garlickhythe in London. Along the route, they would rest and have their credencial, or pilgrim’s passport, stamped with the impression of a scallop shell.

Christiana Links was born in the Herfordshire countryside and was christened by her parents Thomas and Ann on 5 April 1773 in the Putley church built by William De’Evreux, one of William the Conqueror’s knights. Beside the church in the village graveyard, a 14th-century churchyard cross with magnificent carvings still rises up above the humble tombstones, just as it did on the day the girl was baptised.

The villages would sometimes take in the pilgrims and hear their stories, learning more of the world beyond their apple orchards. The men who arrived with their wagons to take the cider to London also brought stories of the ancient city and, by the time Christiana was born, they were speaking of a city that was spreading eastwards and had already consumed the quiet country fields around Bethnal Green.

Putley’s cider and sherry were sold at a market beside the dock at Garlickhythe. Hythe means landing place and the reference to garlic arose because, from at least the twelve century, ships from France arrived with garlic and wine.

Even without the news from the merchants and pilgrims, the villages of Putley knew the world was changing. The nearest village was Mordiford. They were all related, the people of Putley and Mordiford, sharing a limited number of surnames.

Christiana was born into the world of enclosures, when the new merchant class determined to buy land. But the old aristocracy, some the remnants of knights of the Normans but more the landed gentry who had been granted the land confiscated by Henry VIIIth from the Catholic monasteries, had land ownership in a stranglehold So the merchants turned their attention to the ancient commons, land surrounding villages on which everyone could graze a limited number of stock and they passed laws which allowed the commons to be sold to private ownership. It was brutal and produced shock waves which ripple to today.

It required harsh new laws which, overnight, produced an explosion of new crimes. From 1765, judges could hand out the death penalty for the following offences:

Between 1700 and 1800 there were over 200 crimes which warranted the death penalty. In 1718 the Transportation act was passed, allowing the death penalty to be transmitted to transportation. Between 1718 and 1776, two British people were transported every day, totalling almost 50,000 British convicts were transported to the Americas where they were sold into slavery. By 1772, 60% of all male convicts in England were being transported and by 1775 only 10%  received prison sentences.

The villagers of Mordiford were hit hard by this new regime. The Links appear disproportionately in the statute books and many of Christiana’s cousins died in America. Most of the transported Links were sent to Pennsylvania, which remains the state with the largest concentration of that surname in the United States.

Christiana did not suffer this fate. She was in her twenties when she caught the eye of William Hedge. He was from the Parish of St James so he was very likely one of the men who arrived to take the cider to London. They were married on 26 Nov 1797 in St James Garlickhithe in the City of London. The girl from the village of apple blossoms went to live in the city.