Fixing Antarctica: The Humans in the Dark 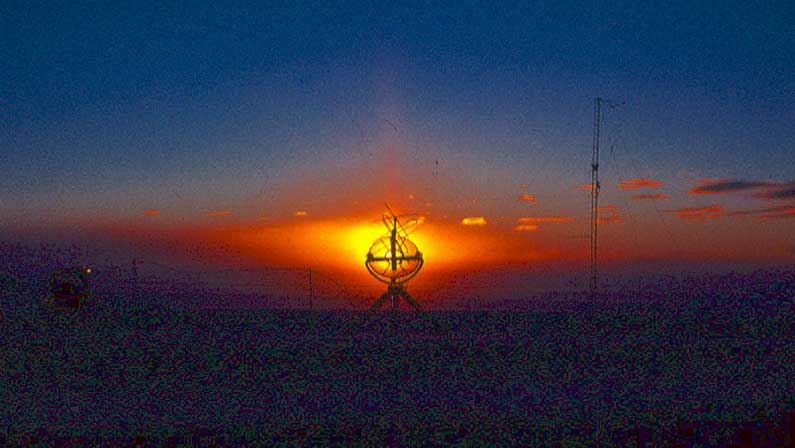 In 1956 there were a lot of theories being tested on the human body in the dark. During the first week of winter the team at Mawson were surprised by three days of quite lovely weather, and although the days were dark, they set about cheerfully, repainting the burnt office, changing cracked windows and painting and replacing charred wood inside. They were all eagerly looking forward to the mid-winter party and the diaries were quite pre-occupied with reports on how the homegrown beer was progressing.

“Each team of brewers is out to beat the last lot. Haggis and I are the due to put down a batch each of Emu and Swan next Sunday,” Syd reported. He was looking forward to his 23rd birthday as well.

Then on Friday 8th June 1956 a blizzard blew in ‘at an astounding rate it was calm and clear at nine and by ten we had a two poler. It is quite a refined blizzard really but enough to remind us that such things do exist so we had better be careful.”

The doctor had them all experimenting with a UV lamp to see if it could help maintain high morale, or indeed, help with the disturbed sleep patterns that seemed to accompany the dark winter months in Antarctica.

It certainly helped with Syd’s frostbite and offered the advantage of nice tans.

Got a bright idea this afternoon and tried a dose of UV on my hands and feet. The fact that my face came good after a couple of general basks made me think it may clean hands and feet up. The feet are really stinking mess, all the dead frost-bitten skin is coming off and seems to be sort of rotting away. My hands are drier but not really much better. The twice weekly dose of UV makes me feel a ball of muscle, probably partly psychological but I think it must be good for us. Besides it is better to see reasonably healthy tanned bodies around the place rather than the ugly pasty things we were a month ago.

The husky bitches seemed to come into season more often in the dark of winter and that caused problems for the nightwatchman as the males, even carefully staked at a safe distance from each other, were forever fighting.

But the little team of scientists settled into the winter’s dark at Mawson in good cheer. They were quite cramped in their accommodation but so far, their morale was high. There were no stories in the Australian newspapers about Antarctica for all of June so they had good reason to think they’d been forgotten and they might have felt that way, were it not for the coded messages coming in by relayed messages from Macquarie Island.

Of course, it was still very early in the winter. The deep gloom did eventually get them all, even the cheerful young surveyor, but for now, the team at Mawson as happy chappies, full of goodwill to all men, and looking forward to the rest of their expedition.