Fixing Antarctica: The Rays on the Horizon 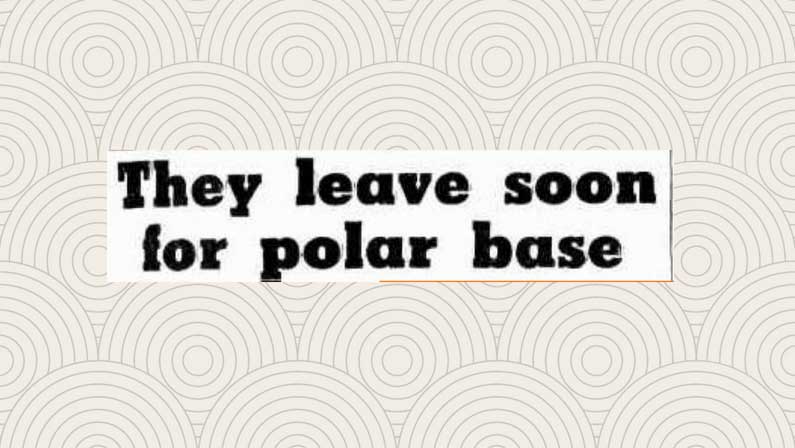 Syd and the Mawson winterers looked eagerly at the crepuscular rays which were beaming weakly from below the horizon, a little higher each morning, staying a little longer each day.

Back in Australia Phil Law was assembling and training the teams for Macquarie Island and Mawson. 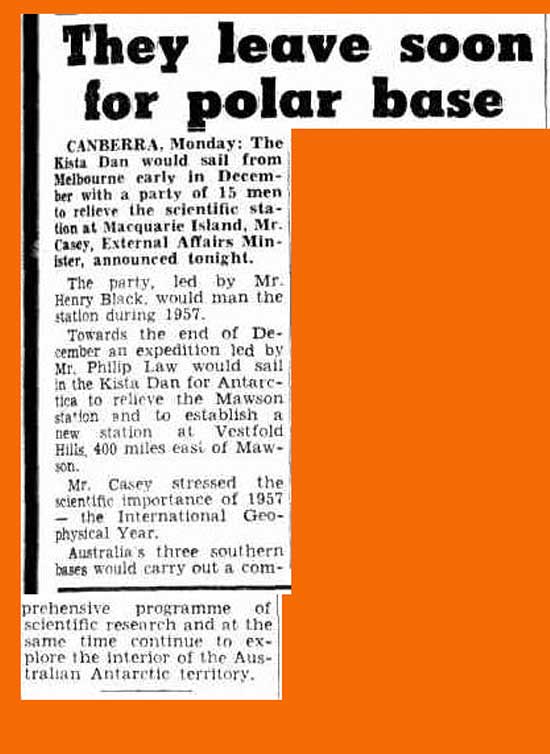 Phil was also busy assembling the team for a pioneer settlement in Prydz Bay for Australia’s second mainland base, Davis Station. The incoming relief team would spend ten days finding the site, behind a pebbly beach fronting the Vestfold Hills, off-loading and building a sleeping hut, community hut, engine hut, store hut, balloon-filling shed, and auroral observatory hut and raising the flag. AThe Argus (Melbourne, Vic. : 1848 – 1957), Tuesday 11 September party of four men would be left there for the winter while the Kista pressed on to Mawson.

Thinking about a team preparing to replace them gave Syd a severe pain in the stomach for they were still confined to base, waiting for the sun to provide more daylight hours to allow plane reconnaissance and, much more importantly, waiting for Phil to approve their major exploration into the inland. The Southern Journey would be Syd’s great exploratory foray into the unknown in Antarctica but through September he had little success in assembling the team to come with him and Antarctic Division had still not approved it. 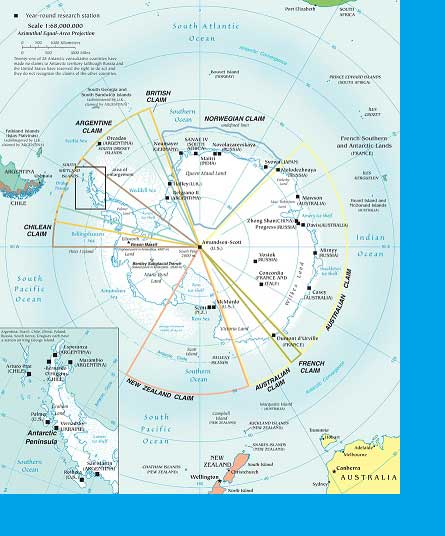