Fixing Antarctica: The Russians Have Landed!!!! 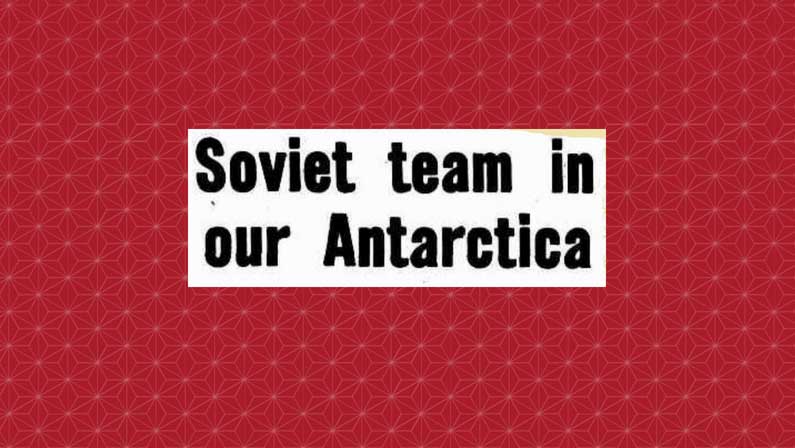 This morning we received a radio message from the British ship Theron that they are stuck in pack ice in the Weddell sea. The Americans radioed that they were close by and should be able to assist within a fortnight.  The big news is that the Russians have landed.

Syd Kirkby, our surveyor recorded this in his diary:

“We should meet the Russians after we finish at Chick Islet. They have landed … and are establishing a base. It is Australian Territory but they don’t seem to be concerned about us. We shall see.”

Meanwhile back in Australia, newspapers recorded the massive Russian presence in Australian Antarctic Territory to a bemused public. 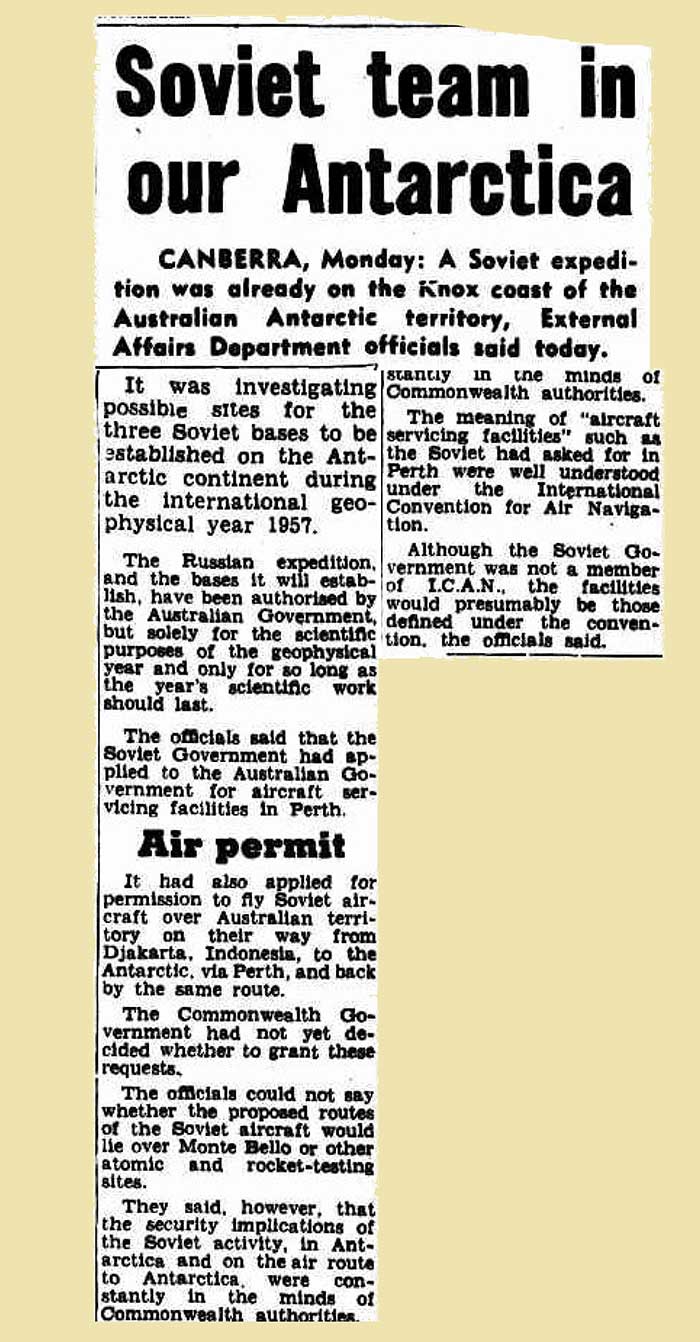