Fixing Antarctica: The Russians in May 1956 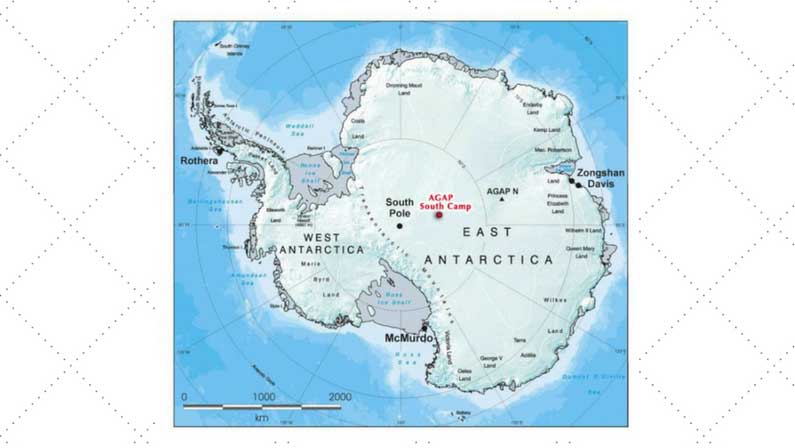 The Australian teams in Antarctica created maps of one half of that enormous continent. Their equipment, especially during the years of greatest expansion of new knowledge from 1956 – 64, were dog teams and sand weasels.

The Russians also pushed the barriers of scientific exploration but their equipment was a little more sophisticated.

Through the first half of May, 1956 the Russian explorers pushed on to the South pole. The convoy stopped 375 kilometres due south of Mirnyy, 2,700 metres above sea level. The sledge-tractor convoy was left in place—to form the foundation—three weeks later on the return trip, for the offi­cial inauguration of Pionerskaya research station.

In 1956 the Soviet explorers were unable to reach the geomagnetic pole to establish Vostok research station; the C-80 tractors were inadequate.

In December 1957, a convoy of ten Kharkovchankas (wide caterpillar-tracked monsters equipped with special 520 horsepower, V-12 diesel engines) reached the geomagnetic pole and founded Vostok. They flew out, leaving the Kharkovchankas at Vostok. Photographs taken in 1962 by an Australian six-man traverse expedition from Wilkes base in a snow tractor, show the roofline of the Aussie vehicle level with the top of the track of the Soviet behemoths. 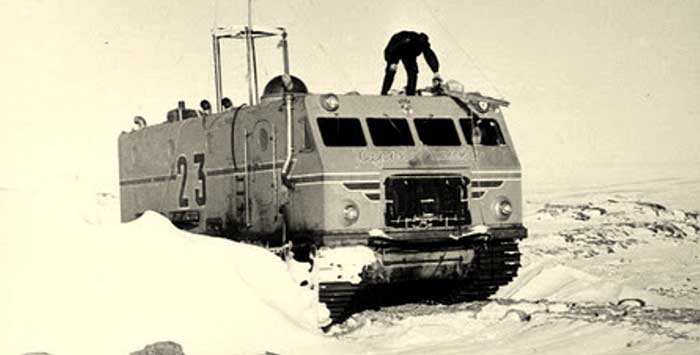 A scientist standing on top of the Kharkovchanka provides the scale. In the photograph of one of Syd’s parties standing in front of a Weasel, you can compare the different dimensions of the two vehicles. 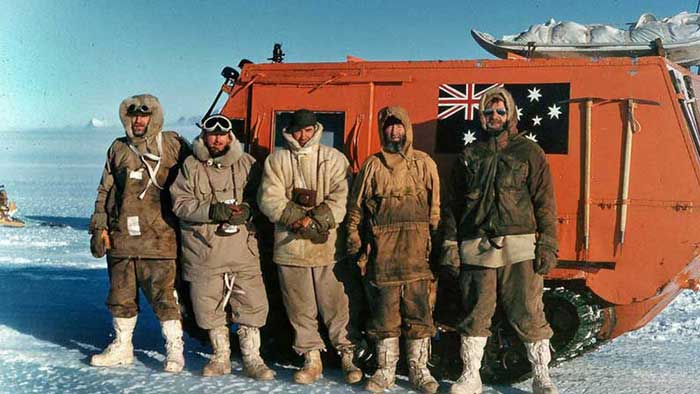 Syd’s party in 1963 stand in front of a weasel. Compare the dimensions with the Russian vehicle