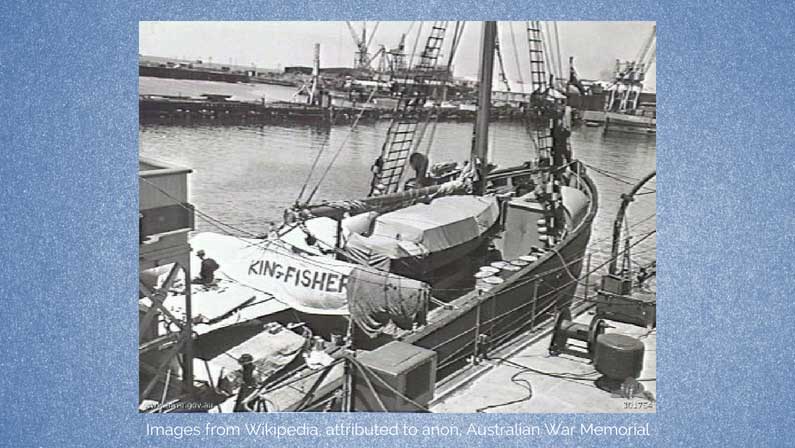 If you clicked on the image of the Weekly‘s coverage of the intrepid explorers setting out on the Wyatt Earp in 1947 (in the last post) you might like some background on the little wooden ship.

The American millionaire Lincoln Ellsworth made three expeditions in the 1930s in Wyatt Earp, a Baltic pine herring boat reinforced with an iron hull. His last tour inspired a small article in the Canberra Times on Wednesday, 19 February 1936, repeating his prediction that “the work of mapping and surveying from the air and on the ground” of the Antarctic region “would take 100 years.” Hubert Wilkins, an Australian trans-Arctic pilot (who made the first Antarctic flight on 16 November 1928) was the expedition manager of that trip, and, on the brink of the second world war, he convinced the Australian government to buy (and mothball) Wyatt Earp. By the time it was returned to active duty after the war, it bore the gently wry nickname: The Twerp.

When The Twerp did make its trip back to Antarctica in 1947, Phil Law, was aboard. I interviewed Phil in 2004, and he told me how ANARE came to use the little wooden ship.

War was just breaking out so Sir Hubert Wilkins sold it to the Australian navy for 10,000 pounds. And he put all the gear on it into a store in Sydney on the assumption that on some date in the future he’d come back and run another Antarctic Expedition.

So I arranged for army transport to bring it down to Melbourne and was absolutely astonished at the value of what I got: there were two cinecameras and one ordinary camera; one theodolite; a lot of clothing (gloves, anoraks, underwear); various other objects (binoculars, for example); all sorts of stuff. And I used the clothing, not for any of our expedition winterers (they got the standard equipment) but I put this Wilkins clothing aside for use by summer trippers. So anyone who went down on a voyage only would get Wilkins clothing on loan, which would go back into store again.

And a remarkable thing happened: one of the American observers with us was a famous American expeditioner called Ike Slushback. Ike was in his sixties. He had one eye and a glass eye in the other one.  At parties he would take his glass eye out and put in another one with a Union Jack on it, a horrifying sight, to engage with a bloke with a Union Jack looking out of one eye. Slushback was going down to Mawson on a journey, so we issued him with one of the Lincoln Ellsworthequipment from Hubert Wilkins and Slushback was fitted with something that fitted him and he came back the next morning and he said ‘Hey Phil, have a look at this’. And he rolled back the collar of the anorak George Smith had lent him. It had Ike Slushback written across it. It was the one that he used when he was with Lincoln Ellsworthin the Antarctic Peninsular, quite an amazing coincidence.

Phil also had a follow up on the 1947 Wyatt Earp trip. Not long after they left Melbourne the little wooden ship developed engine trouble so they had to return to Australia. After all the media attention about the trip they were too embarrassed to pull in at the Melbourne wharf, so they sailed on to Sydney and had the repairs done there quietly, and then they slunk off again to Antarctica. It was a totally inadequate vessel for the trip and they never did make it to the continent, as Phil explained:

PL:    Yes, because, well, personally I’d seen two extreme examples of Antarctica. I went down in 1947-48 on a little ship, the Wyatt Earp, down near where Mawson was in the early part of the century.

I didn’t actually see the continent because we couldn’t get through the pack ice but we had a good look at the Bellini Islands. 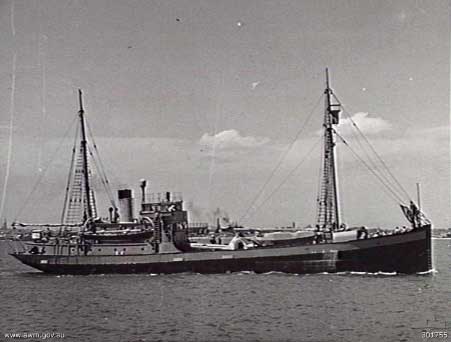