Fixing Antarctica: We’re All Looking Out For Russians! 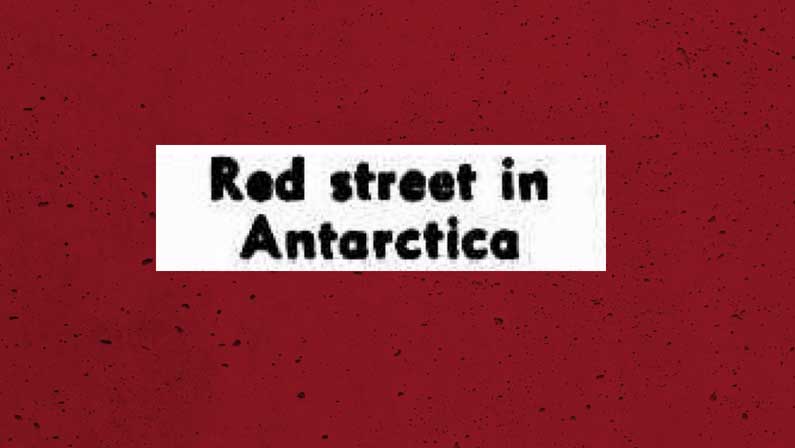 Melbourne’s Age newspaper ran another story today about the Soviet presence in Antarctica, painting a sketch of an orderly village with orderly streets unfolding in Antarctica. It will be called  Mirnyy (“peaceful”) station. What the Age didn’t say is how anxious Mirnyy is making political leaders around the world.

Why? Antarctica might be a useless big lump of ice …. although everyone hopes it isn’t.

Our newspapers are sticking to a line that the major rationale for our territorial claiming of Antarctica is exploitable natural resources. There better be minerals in those ice hills or we’ll be pretty grumpy about all the expense … that’s the main line in our newspapers.

But the real reason for the sudden interest in Antarctica is blocking the nuclear-armed Soviet Union from establishing bases on a continent within firing range of the southern tips of Australia, South America, and South Africa.

Already in Farr Bay, a huge diesel-electric ship the Ob has moored at the narrow ice strip, making the first Soviet landing in Antarctica and we’ve received word that steaming nicely along and soon to join the Ob is the Lena. Both those ships are bigger than the Kista.

We’re all looking out for Russians!

*The Soviet Union sent a much bigger presence than any other nation participating in the International Geophysical Year. We don’t know it yet but Mirnyy will be the first of nine Soviet Antarctic bases built by 1959 and the first of a network of science-city homes for armies of academics and scientists, pushing out the borders of Soviet territorial claims. Later this year the Soviets will establish a little honeymoon village and export young couples to have babies who’ll be the first real Antarctic citizens. They’ll begin a real colonisation of Soviet Antarctic territory, right in the middle of the Australian Antarctic Territory. We’ll hear about it only when it ends in tragedy. 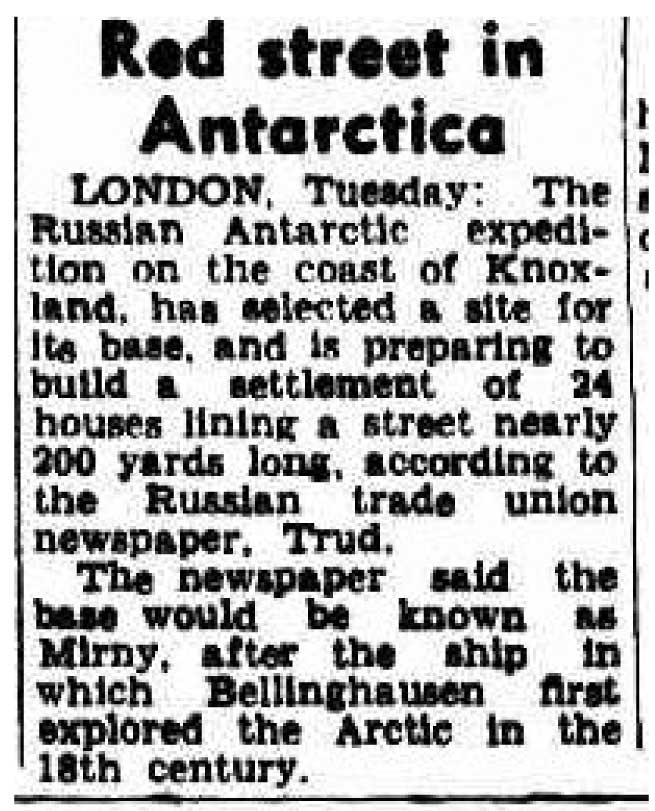