Fixing Antarctica: We’ve Done Our Bit for the Cold War 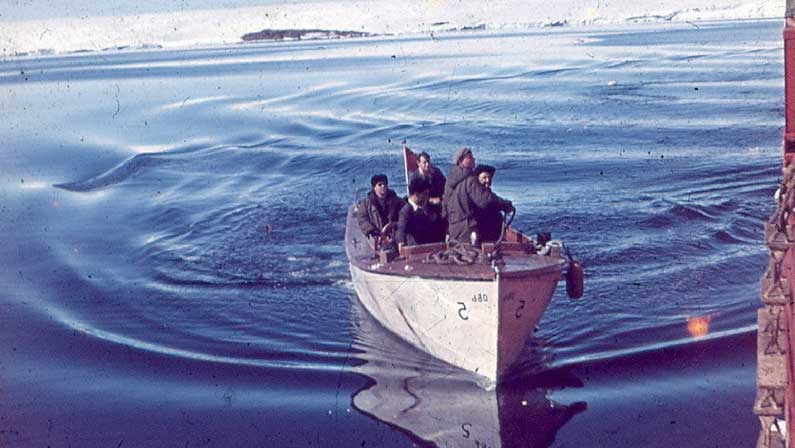 We left the Russian base this morning and steamed north-west for a while and now we are caught up in some very dirty weather. A full gale is blowing and icebergs are crushing up against the ship. Snow is pelting down, there is a white blanket around the ship and we have nil visibility.

More importantly, we all are nursing the mother of all hangovers! Damn the Russians, they are a diabolical lot!

On Monday Phil went over to meet and greet but that night, while he was having dinner at Mirnny, sixteen Russians came over to the Kista for a party. True to all rumours, they really do play drinking games with vodka, and they’ve had a lot more practice than us!

On Tuesday Olik Strogonoff and Constantine, first and second mates of Lena sent a launch over to pick us up and we were rushed about in snowmobiles, fed Vodka out of a silver teapot and fed caviar, smoked salmon and crab meat until we nearly burst. They have women cooks and stewardesses and nurses on their ships and Olik got them to do several dances and songs for us. They were very good.

None of us could understand a word of Russian and they couldn’t understand English but we “paschli-ed!!!” and “cheered!” all day and we’ve all extended our miming skills and done our bit for the cold war.