Fixing Antarctica: What Do You Do With a Restless Surveyor? 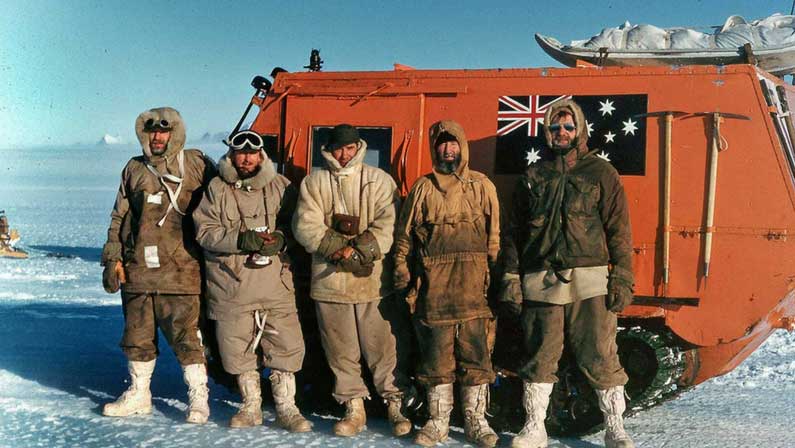 In the second week of August, still fretting over who would be going with him on the Southern Journey, and still waiting for Phil to give permission for that trip to proceed, Bill gave Syd permission to do another short reconnaissance trip out onto sea ice, this time heading west.

Six men were going, this time taking two weasels. I’ve never seen Bill’s diaries but I get the impression he’d have given Syd permission to mount a lunar expedition if it meant getting the restless young surveyor out of everyone’s hair for a while. Just for good measure, Syd was scheduled to take the night watch before he set out.

The day was rather knocked about by last night’s watch. Got up at midday, ate and did a skyline trace for fun and am now drying the negatives. Have crawled into my bed nice and early so that I shall be set for tomorrow. The weasels will have to be loaded and gear checked over for a seaice trip to the west. It is a combination work and filmic trip. … it will be quite pleasant on the sea-ice with weasels to live in.

All set for a flying start tomorrow.