Fixing Antarctica: After the Mid-Winter Party 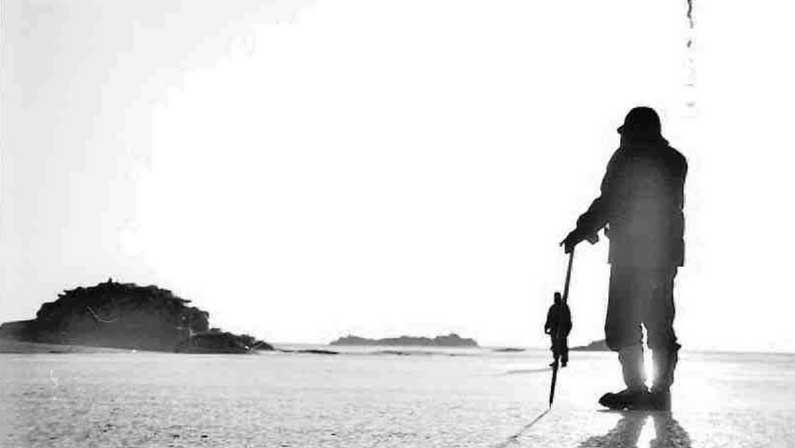 After the celebrations of mid-winter there can be a psychological nose-dive in the Antarctic teams.

So much energy and preparation has been expended and then the wonderful event is over, the hangovers are celebrated and forgotten and then what? There are months ahead of them and it’s dark. The wintering expeditioners are not even half way through their time in the frozen land, so what is to be done to keep themselves upbeat?

On Friday 29th June 1956 it was Syd’s turn to be nightwatchman again. He always loved it, watching over the night fires as the expeditioners slept. It was time to have a bath, that rare luxury afforded only to the keeper of the night fires. Listening to music, visiting the dogs, and watching the wild auroral sky always filled Syd’s diaries with lovely prose.

That night he wrote his diary at four o’clock in the morning.

0400 and God I am tired. It has clouded over so I have no aurora to keep me awake. Am sitting in the mess with the old ‘Rhumba Band’ going twenty five to the dozen and playing ‘Porgy and Bess’.

He and Peter Crohn had started planning a dark winter trip on the sea ice. Sea ice is a very treachoruous highway that can crack open in a strong wind and there had been much dark muttering about the trip from some of the party. But Syd and Peter much preferred to be out in the field doing something, rather than waiting in the dark dongas.

We had another yarn tonight about the big trip, we have managed to tie Doug in to take the motor in to there and give us a jump dump at last year’s furthest south.

Contact with the Russians at Mirrny was always worth a mention in the diary. The aussie winterers in their tiny primitive base and the Russians, in their massive well funded station had become great admirers of each other:

had a cable from Sumarov, the Russian surveyor wishing me ‘hearty congratulations on the approach of the season of spring’. Peter got a similar one from the geologist, a very flowery old job, makes it sound as though Peter is personally responsible for the passage of mid-winter.

Inevitably, the long dark days took their toll, even on the cheerful young surveyor:

I wish the sun would hurry up and come back, we are all pretty lethargic. It is odd, we all have work to do inside and have very little need to go outside yet it is a real battle each morning to get up and force ourselves to work, maybe it is the animal instinct telling us to hibernate.