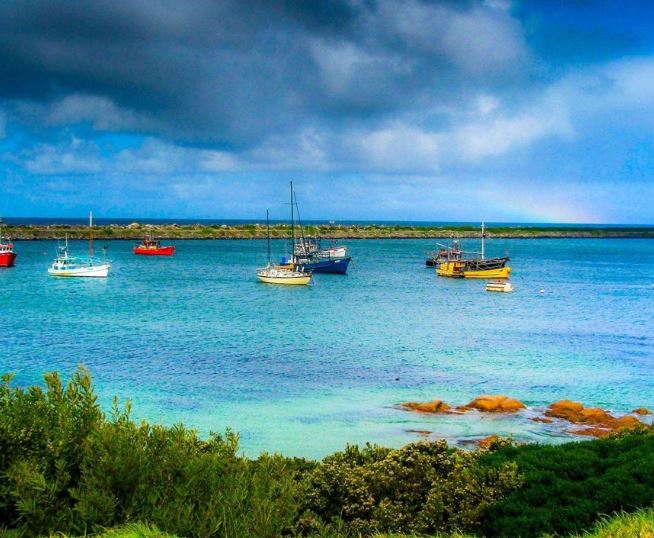 My novel, The Rock (working title, of course, they all are) is a murder mystery, listing towards psychological thriller.

Logline: A strong-willed constable stationed on a remote Australian island solves a brutal murder but alienates a community unwilling to face the truth.

So, I’m sprinting to the finish line, right?

I have a first draft and a chapter plan, but the story is doing a bit of a sideways shuffle.

It’s all the fault of the characters. Not unlike chooks, they’re hard to herd.

Instead of closing ranks and shutting out my young constable, like they’re supposed to (see my logline above) they’re all being very accommodating and Pender’s being quite rebuff-y.

Here’s an example from Chapter 28:

Loud hammering started on her front door. Her heart burst into a pounding jog.

She couldn’t see the front door from the kitchen but the visual was clear in her mind. Doctor Pimm barrel-shaped, barging in, bending the old floorboards.

Pender ran the back of her hand under her nose. “In here.” She mumbled like she had a mouthful of chewed bread.

“In. The. Kitchen.” The effort of speaking made her cough.

The doctor walked in. “No need to yell. I’m not bloody deaf.”

Pender had to smile, never mind her bruised face.

The doctor pulled out a chair, flopped heavily, graceless as a sumo wrestler. She reached across the table and her big hands swallowed Pender’s.

Warmth spread through Pender’s fingers, along her arms, right into her heart.

There’s the morgue doctor being nice to Pender when she’s not supposed to be. In fact, she’s about to cook breakfast. Fried mushrooms, eggs, coffee.

Total surprise to me.

And to that finish line I’m being guided by the kindness and skills of my writing buddies and a mantra from one of my favourite writing bloggers, the fabulous author, Chuck Wendig. The man writes like a dream, or a sulphur-mouthed nightmare, depending on how he’s feeling.

Whichever Chuck comes barrelling through the blogosphere, be sure of one thing. He has something to say. Something wise and insightful. Something you’ll be thinking about for a while.

Chuck sent out a blog a few months ago on rules for Creative writers. Here are the rules according to Chuck:

The stats go something like this: For every 100 novels started, 3 are finished.

There might be a lot of reasons but here’s a big one:

So I don’t mind if Pender stops a while and eats breakfast. I don’t mind any of the deviations and what-the-hell-you-waiting-for delays.

So long as I’m still plodding to the finish line, I’m in the company of writers who finish their shit.

Where I want to be.