Book Review: Talking to the Dead 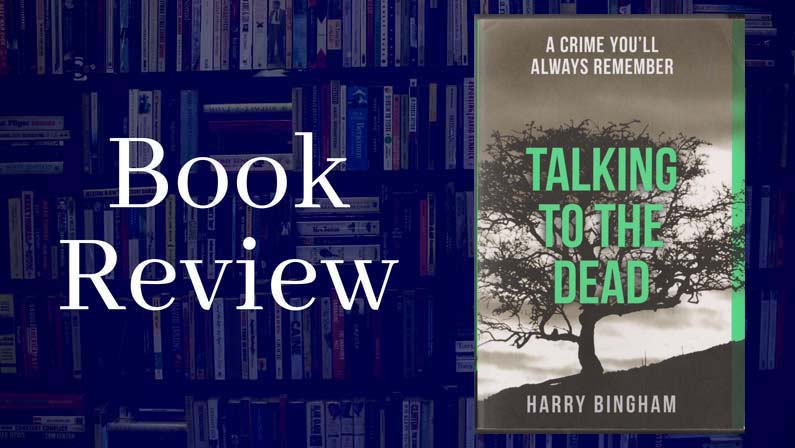 Talking to the Dead by Harry Bingham

Talking to the Dead (London: Orion Books, 2013) is the first book in Harry Bingham’s Fiona Griffiths Crime Thriller series. This novel introduces a young woman with a history of severe mental illness who is recruited into the South Wales Major Crimes unit. The comparison with Stieg Larsson’s Lisbeth Salander is obvious and more so once Fiona learns some hacking skills of her own. Nevertheless, Fiona is fresh and feisty and, unlike Salander, she changes and grows.

Written in first person, in deep POV, we know she is not unaware that she’s odd, or that people sometimes cross the street to avoid her. When her mental health wobbles, we wobble with her. In a note at the back, Bingham assures us Cotard’s Syndrome is real. Victims believe they are dead, some see their flesh rotting, some see maggots eating through their skin. Fiona has recovered but she’s fragile so our journey in her head, can be gruelling thanks to Bingham’s skill as a storyteller.

In Talking to the Dead, Fiona is on her first case as a junior detective. The bodies of a young woman and her six-year-old daughter have been found in a Cardiff squat and Fiona is allocated a minor task to perform.

But then we learn something about Fiona that is pivotal throughout the series: she’s not very good at obeying orders or being part of a team. Sure, she gets the task done but soon, she’s following a lead of her own, with a tenacious, not always legal, grip. Even when more senior colleagues are not convinced, Fiona is sure that this crime is part of a much wider and more brutal crime. And that’s pretty much what happens in all the books in the series so far.

What’s interesting and compelling about Talking to the Dead? The crime (the wider one, not the murder) is interesting. (The writer tells us that all the crimes she investigates in all the books, really happened.)

The setting in Wales is unusual and enthusiastically created, not with the eye of a travel guide but by a writer who loves the ancient land and the complex history that unfolded there.

Most importantly, Harry Bingham is a wonderful writer. His prose is light and often beautiful. He seems to have plotted the character arcs right from the beginning, so Fiona grows and becomes ornerier and multilayered, through each book. Minor characters introduced in Talking to the Dead develop and become important. Her relationships develop and die. And the mystery of her past which, in turn, provides a hint about the trigger for her catastrophic mental illness, is introduced in this book. We learn more about it in each successive novel, as she tries to solve her most difficult case: herself.