Earth, Wind and Fire: the life of a letter 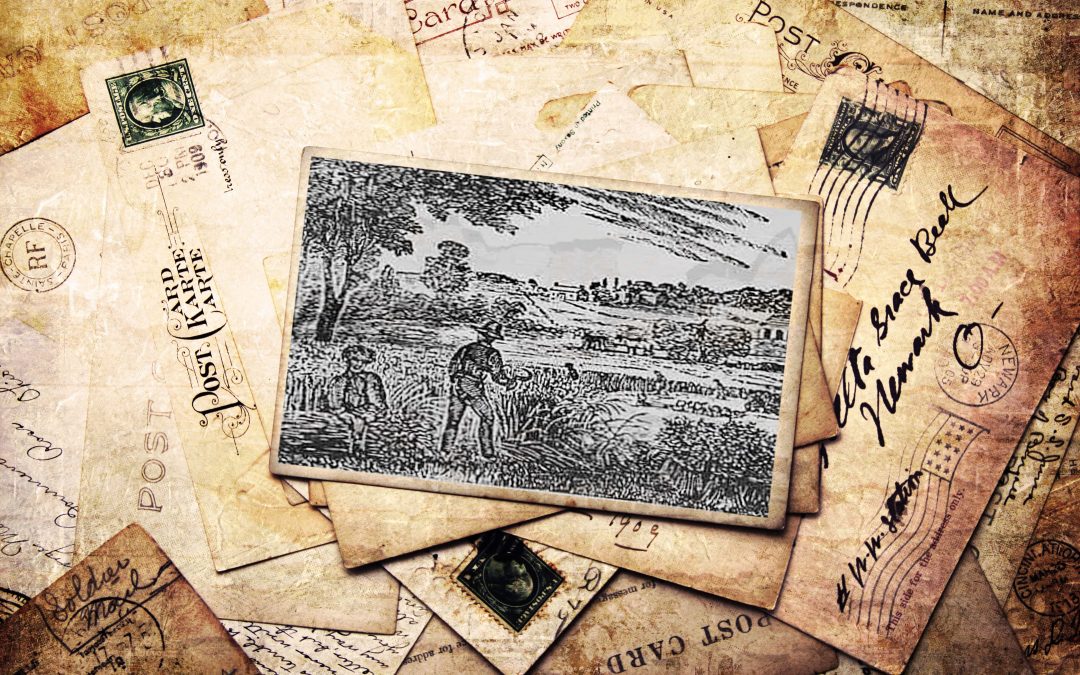 The lifespan of a letter

In 1768, Thomas Pim, the son of a Mountmellick butcher, was living with his son’s family in Tullylast, County Kildare when he received a letter from his great grand-nephew, Joshua Pim, suggesting the old man set his memories down on paper.

The old Irish Quaker had seen a lot over the course of his eighty-six years.

In 1768, Lieutenant James Cook was the captain of a ship that left Plymouth-Dock in Devonport) to cross the Atlantic, around Cape Horn, sail up to Tahiti to observe the transit of Venus and then set out into the largely uncharted ocean to the south. As a bonus, he was also instructed to try to find a great southern landmass, because scientific theory suggested there must be one to balance Europe.

Lieutenant Cook left England in August and, who knows? Perhaps something about that scientific quest prompted Joshua to write in November urging his uncle to set down the family records as he remembered them.

Thomas had a long letter written within two days. He died in March the next year. Because he wrote that letter, I was able to trace my ancestors in quite a lot of detail, all the way back to my ninth great-grandparents. (Seven greats)

Four generations of history captured in one letter.

Thomas Pim apologised that “I can go no further back than my great-grandfather, Richard Pim,” who was born about 1590. Richard Pim was a chef in the estate of Sir John Stanhope in Shelford, a village in Nottinghamshire in the East Midlands of England.  There had been Augustinian monastery with a priory there since around 1160, during the reign of King Henry II (1154-1189) but, in 1536, during the lifetime of Richard Pim’s grandfather, Henry VIII dissolved the monastery and the land was granted to Michael Stanhope, a close relative of Jane Seymour, the third wife of Henry VIII. Richard’s brother Robert had disappeared in Ireland and the family didn’t know what happened to him.

Robert Pim’s awful death was documented elsewhere but that information was only meaningful to me because Thomas wrote his letter connecting Robert and Richard Pim to our family.

A letter, written the year James Cook set out on a voyage that would take him down the east coast of Australia, contained detailed knowledge about a man born in 1590, a man whose grandfather had witnessed the Dissolution of the Monasteries, as Henry VIII disbanded monasteries, priories, convents and friaries in England, Wales and Ireland.

That set in place the upheavals of the reformation. Breakaway groups within the Protestant religion would form, gather pace and flee. The Pims flocked to the dissident religion known as Religious Society of Friends or Quakers. Many then fled to Ireland and some went on to Pennsylvania.

Joshua Pim kept the letter and it stayed in the papers in Dublin until, in 1852, a descendant named Robert Goodbody, wrote a brief explanation of its origins and (I think) deposited it in a Pennsylvanian archive where it was found by the historian of Quaker history, Albert Cook Myers. He published it in full in his book Immigration of Irish Quakers into Pennsylvania, which was published in 1902. That’s the year my grandmother, May Hester Belson was born in Murwillumbah, New South Wales, Australia. Richard Pim, the Stanhope Manor chef, was her 6th great grandfather.

The pen is mightier than the tongue.

We have a rich legacy of oral folklore in our family. Research for my latest book, Earth, Wind & Fire (https://www.lynettefinchauthor.com) often started with stories my grandmother told, and some of them stretched generations too. Some checked out with documentation. Some were demonstrably wrong.  I’m going to write about oral traditions in the next post.

Thomas Pim’s letter, written in 1768 was a goldmine of detailed information. This singular act of setting down stories on paper enabled me to connect a sweeping epic of twelve generations caught up in some of the most violent upheavals ever experienced in English and Irish history.