Book Review: Oscar Wilde and the Nest of Vipers 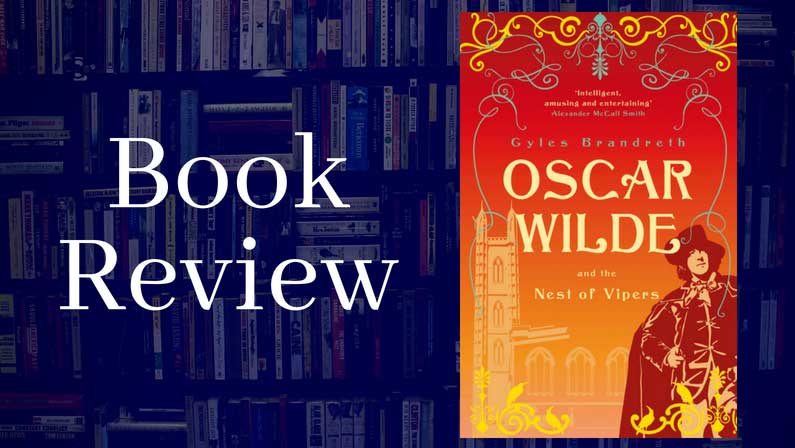 The fourth in the Oscar Wilde series, Gyles Brandreth takes us on a journey driven by Oscar’s curiousity, genius and web of influential friends. An unsatisfactorily explained death – in this case the untimely death of the young Duchess of Albemarle – sparks the quest.

The author’s father knew the writer and Wilde biographer, Robert Sherard, in the 1930s; his teacher at school in the 1960s was Wilde’s friend; and, Merlin Holland, Oscar’s only grandson, is an acquaintance.

Based on these close connections and thorough research, Gyles Brandreth sits Arthur Conan Doyle, Dram Stoker, Sarah Bernhardt and the Prince of Wales down to breakfast to discuss their evening in the cemetery chasing vampires, and insists in the Afterword that it all really happened!

He is so successful in recreating this late Victorian romantic coterie that I catch myself thinking that I must remember to tell … and realizing that it’s Brandreth’s Oscar that I’m thinking about. It’s entertaining and plausible and full of Wilde wit.