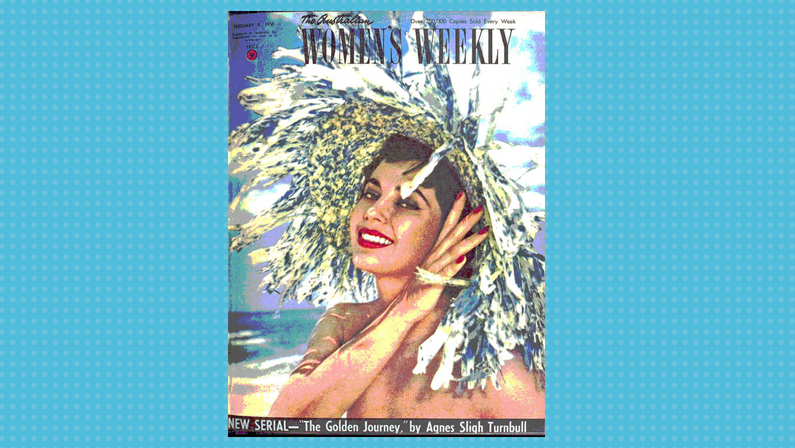 It’s time to salute to a lone voice. The Australian media were mean-spirited about Antarctica.  They pushed the line that at some stage there had better be clear financial returns to justify the expense of maintaining a permanent base in such a godforsaken land.

When the Kista left Melbourne, the Right Honourable Richard Casey (the perceptibly tired and emotional Australian Minister for External Affairs) was amongst the crowd of well-wishers gathered to see them on their way. He gave a stirring farewell speech in which he stressed the scientific importance of our Antarctic project. It was essential for Australia to honour our commitment to the International Geophysical Year, he explained.

So you see what I mean. For the press, Antarctica was a story of minerals and loot.

There was one outstanding exception.

Frank Packer’s full-colour, illustrated magazine, The Australian Women’s Weekly. The reporters at the Weekly loved Antarctica because it was huge and beautiful, because it was a wild frontier, and because the men and women who went there were thrilling and adventurous. Their lead articles were outstanding, both for being informative and for focussing primarily on the scientific significance of the Australian National Antarctic Research Expedition.

The Weekly ran some wonderful features on some of the real heroes of Antarctica.

The first woman to be featured in an Antarctic story by the Women’s Weekly was Radio Australia’s Jocelyn Terry, and the Weekly was there, too, covering the first Australian woman to visit Mawson, when Phil Law’s stylish, artist wife, Nel, was basically smuggled aboard—against DEA orders—in 1961.

They ran a wonderful double-page spread on the pioneering surveyor Bob Dovers, who I’ll write about in more detail as the year progresses and they featured someone who is aboard with us this year, who I’ve mentioned already, and that’s Harry Ayres.  So in the next post, I’ll feature the Weekly’s report on Harry and fill you in a bit, on why we all owe Harry a debt (even if he did take our best dogs to New Zealand).