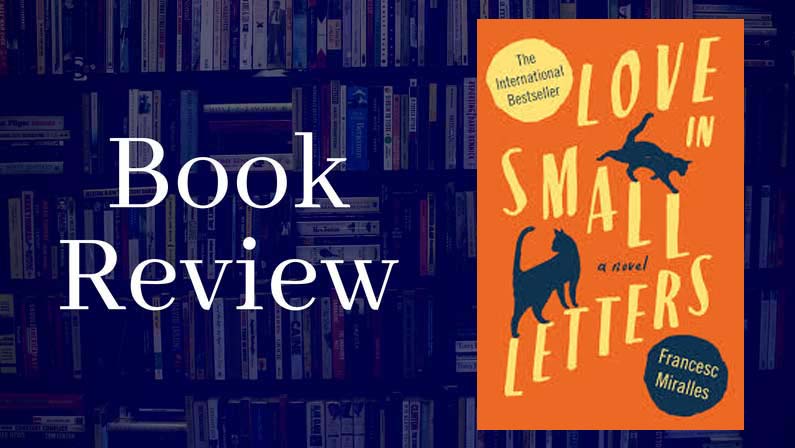 Penguin published this novel about a lonely, linguistics lecturer called Samuel, as Love in Lower Case. With either title, this novel is uplifting and existentialist, two words that very rarely get along harmoniously in the same sentence.

One day Samuel wakes up in his apartment in Barcelona, in his usual state of ennui. It’s the first day of the new year but that doesn’t impress young Samuel. He’s convinced that the year ahead will bring nothing exciting or unusual. More same ol’, same ol’. But he’s wrong. This is the day a cat he will call Mishima (once he’s passed through the denial stage of calling cat removal services) has graced Samuel with his presence. Following Mishima, a new cast of characters will drift into Samuel’s life: his learned neighbour Titus, who he’s previously ignored; the mysterious Gabriela, a child love who once shared a butterfly kiss with him; and the ‘eccentric’ [possibly certifiably insane] Valdemar whose head is full of wisdom and nonsense.

Drop in Hermann Hesse and Goethe, Pink Floyd and Mendelssohn, a creepy stalker obsession and a whole dose of Edward Lorenz’s butterfly flapping its wings in one country and beating up a storm in another, and you’ve got the idea. Haven’t you?

Miralles sometimes pushes too hard on the quirk pedal and sometimes the style drags a bit, but the overall effect is a multilayered, inspirational novel full of charm and strange love and great characters.