Fixing Antarctica: Not all Heroes are Humble! 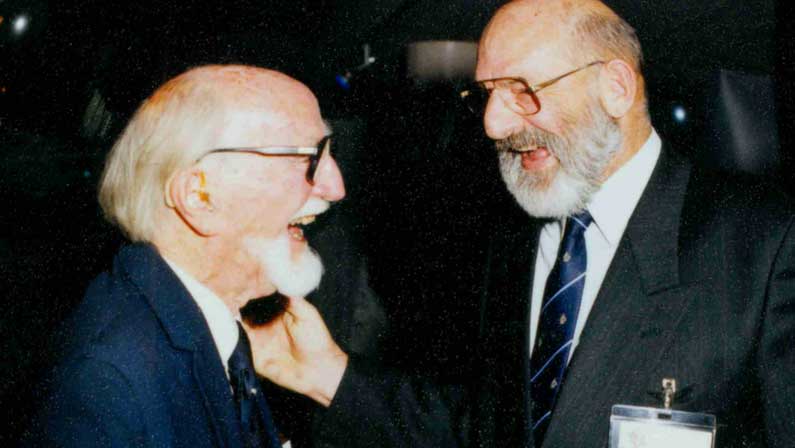 A lot has happened in between blogs so I’ll briefly fill you all in: the blizzard passed; the crew worked like dogs and the ship was unpacked; Phil got in everyone’s way with his ubiquitous movie camera, and the Kista will leave tomorrow.

More about the 1956-57 winterers in a minute: right now I want to tell you a bit more about Phil Law, the long term Director of Australia’s Antarctic Research Division.

Phillip Law was a University of Melbourne physics graduate who was appointed as the chief scientist, then as director of science division of the expedition and then as Director of Antarctic Division. The Division was established inside the Department of External Affairs in May 1948. The director was a senior public servant and his budget was controlled by the DEA.

Instantly there was tension with the arrangement because Phil didn’t like to back down and the bureaucrats in External Affairs made it a personal mission to cripple his budget and curtain his expeditions. Even after the Menzies government signed on as one of the eleven original participants of the IGY, Canberra’s commitment was never accompanied by generous funds.

So Phil became quite a talented rag and bone man. Let’s take the example of the dogs:

Ever wondered how Australia came by a team of healthy breeding huskies?

In 1948 a ship bringing twenty-one Greenland dogs to the new French base in Adelie Land was forced to turn around due to heavy pack ice and the captain returned to Tasmania. It was illegal to import huskies into Australia so the dogs were scheduled for destruction.  Phil stepped in with a solution: put the dogs in the Melbourne Zoo under quarantine until a new French station was constructed. Then he told the media what he’d done and of course letters poured in to save the poor dogs. From March to December 1949 the huskies waited and some beautiful puppies were born and it was the pups who were sent off to the Australian research station on Heard Island to breed or, as Phil put it, until such time as we got an Antarctic expedition together.”

He did that sort of thing over and over. That’s how ANARE came by Norwegian huts; the aircraft, and the weasels. But even so, with all his talents, he still had a terrible time doing his job with the ‘bean counters’ as he called the public servants who strangled his budget.

Early in the summer of ’54, Phil dropped off ten men, thirty-one dogs, three weasels, one tractor, and two caravans to establish Mawson Station and spend the winter. By the time he got back to Australia early in 1955, the accountants of the DEA had stepped in and frozen his budget for the following year. Phil’s last visit with Syd was in October 2005. He was small and frail by then (and as deaf as a post), but he still burned with the ornery passion and intense intelligence that had driven him all his life. He still wore that sharp Lenin goatee. He told me about this particularly difficult year with the bean counters:

A lot of the equipment I had to purchase was from overseas. I had to lodge orders before August, before I had the budget. So I was taking a risk of spending government money that I didn’t have to lodge orders in London for equipment to be brought out to Australia for the following year. And when you think how stupid it was; they should have given me authority for the following year’s budget in April. Think of this: if I hadn’t got the money we’d have had ten men down in Antarctica who couldn’t be brought back to Australia. It was obvious they had to be brought back, so we had to have a budget. But the Commonwealth Public Service procedures were so slow. It took all that time to confirm anything.

The tussle was carried out in private, while publicly, the government claimed to be totally supportive of Australia’s commitment to the International Geophysical Year research project and to our ongoing presence in Antarctica.

Now to get you back to Mawson station in March 1956. I told a little fib.

By then the winterers were well and truly exhausted and very happy to see the ship steaming off through the crunchy sea water of the almost frozen harbour. Syd Kirkby recorded his feelings in his diary that first night after the Kista disappeared over the horizon:

Well, here we are in our own station, it is our show now. She’s a cold old night. I am lying here in my new bunk, looking through my window and the moon and the shadow of the plateau, blue and clear. For the first time since we arrived the wind died down below 20 knots, just as well, I was beginning to doubt if the wind would ever stopped blowing. 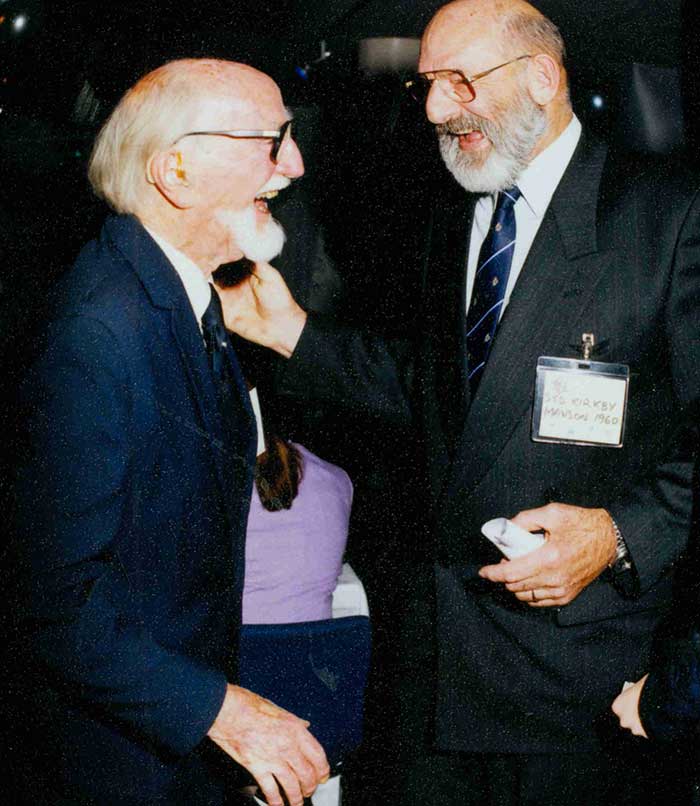 “Old blokes remembering” is what Syd called this lovely study of the two of them at a mid-winter dinner. Phil was in his nineties by then and they’d been friends for half a century.