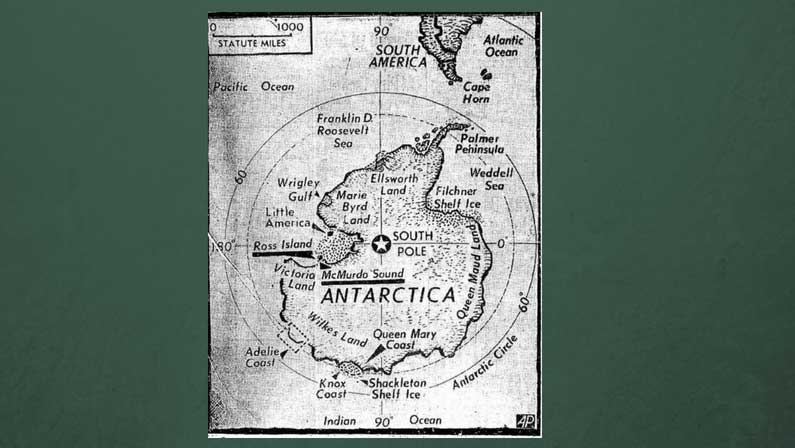 What a day! Our first day ashore on an island about 100 metres off the coast. The surveyor was hoping to be first on land on the entire Wilkes coast but he wasn’t in luck. Phil Law (Director of ANARE) beat him in the race to get off the amphibious army vehicle (the D.U.K.W, pronounced duck). Phil has been known to push expeditioners aside so he can be FIRST ASHORE. From the Kista we can all see the ice cliffs of the plateau on the mainland. Magnificent! They tower sixty metres out of the sea with vertical or overhanging faces.

The island is alive with silver-grey petrels, skuas and thousands of Adelie penguins. Game little critters – they marched right up to the new arrivals and tapped them on the leg with their flippers.

Harry Ayres (more about him later in the month) earned his keep today. He, Phil and Bill Bewsher (he’ll be Officer-in-Charge OiK  of Mawson Base when we get there) climbed an ice slope.  Harry was hacking steps with the other two roped behind when Phil stepped off the path, pulling Bill with him. Harry managed to belay round his axe and pull him up. But for Harry, they would have fallen vertically into the sea with no hope of surviving.

This is the current map of Antarctica but it’s guesswork because no-one has surveyed this coastline or the land yet. We are down the bottom, in the bit that is called the Adelie Coast on this map. 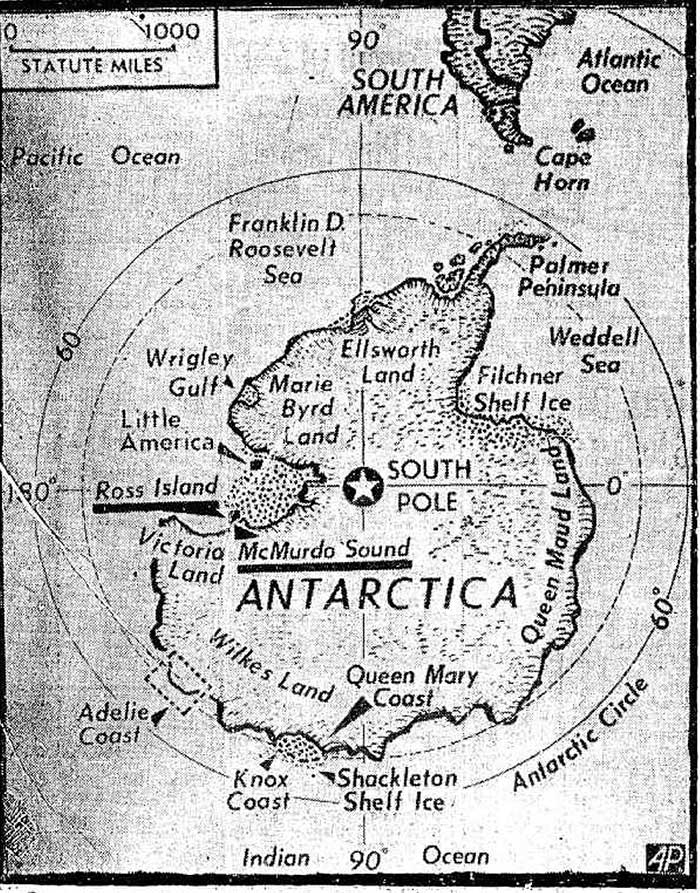 It’s Quiz night tomorrow so brush up on your Antarctic and general knowledge facts!