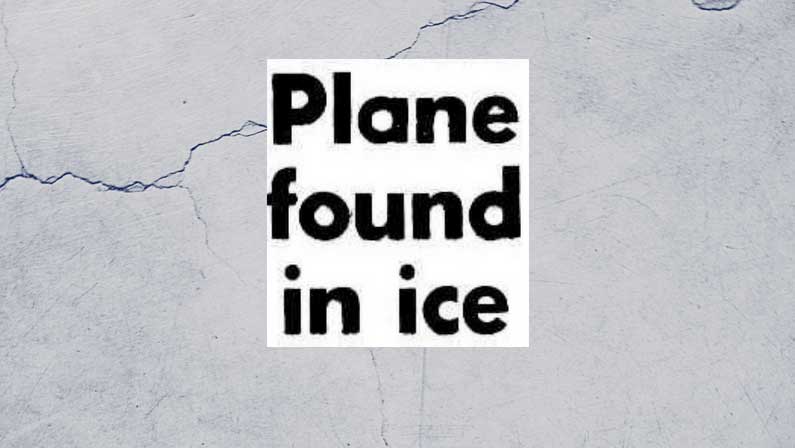 While you were been reading about Harry in the Weekly we negotiated with an enormous iceberg. It appeared on the horizon on Thurs (9th Feb) and in zero visibility and very thick pack ice, the skipper made just 300 yards of progress for the next 18 hours.

We’re all a bit edgy because the captain has made it clear that we have about three weeks to get to Mawson, unload, and still give him time to get the Kista out of the ice, or to put this the way the captain does, in three weeks, no matter what, I’m turning the ship back out of the ice. He means whether we are still on the ship and whether we’ve picked up the party who are presently at Mawson. That’s added a layer of stress!

Short of useful things to do the surveyor filled his diary with calculations about its weight, having taken readings to establish its height, length and breadth as shown by radar. It’s about 40 million tons of ice.

As the Kista crew were trying to blast their way through the ice, the message came through on the radio that the American expedition had lost another plane. One of their Otter planes hit bad weather and was forced to crash-land on a mountainous plateau 2,700 feet high. They managed to construct shelter, with three sleeping in the plane and four in a hole dug out under one wing. They lost power to the plane but using a hand-powered radio, the ‘Gibson Girl’, they were able to crank out SOS messages which were picked up back at base.

With limited food supplies but with sled and skis, they decided to make for the bay. Meanwhile, a search and rescue mission had been launched with planes and helicopters scanning for them. Finally, the wreck of the plane was spotted and it was possible to follow the men’s tracks. On the sixth day after the crash, the men were airlifted back to base.