Fixing Antarctica: The Girl Who Warms ‘the Hearts’ Where the Weather is Cold. 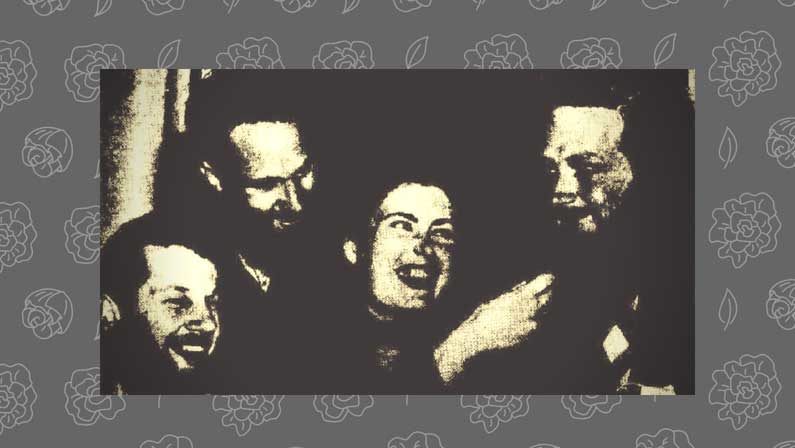 Along with Mrs Mac’s whizzers, the wintering men received a weekly, thirty-minute communication via Radio Australia. Solar flares and ionospheric disturbances ruined the reception most of the year but, on occasions, the bubbly voice of Jocelyn Terry, the ‘Calling Antarctica’ announcer did manage to cut through the funnel of silence.

On the first day of August, a radio broadcast came through clearly: ‘Heard Jocelyn today five square, the best yet. She is a disturbing sounding lass”.

But then any ‘lass’ was a bit disturbing to the young men at Mawson and Jocelyn knew it. She often sent saucy messages and sometimes conspired to embarrass the men in the cold by sending excruciating song choices and discordant messages from home. In fact, the Girl Friday had a code of her own.

She was a poster girl of the pole, just on the basis of her voice, although the returning expeditioners did often get the wonderful pleasure of meeting her in person when they returned.

Introduced each Friday as ‘The girl who warms the hearts where the weather is cold’, Girl Friday’s dulcet tones sparked uneasy journal entries. It wasn’t just Sydney Kirkby, boy explorer of the pole, who found her voice disturbing. 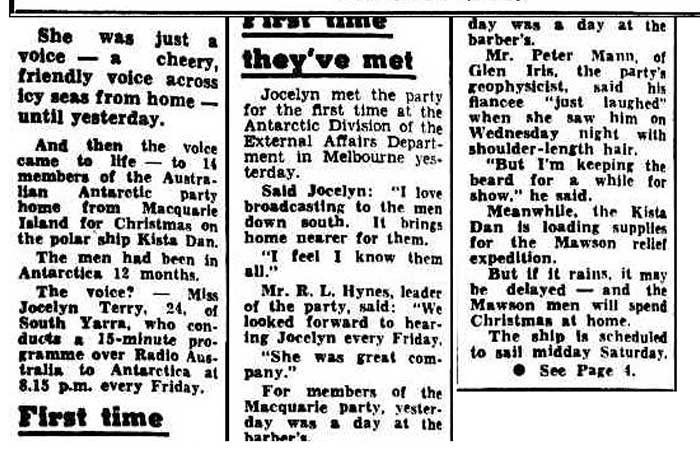