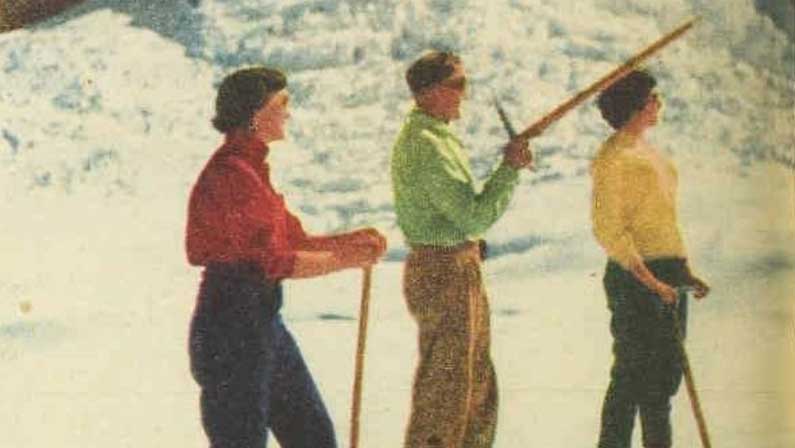 Friday 10 February 1956
We’ve spent the day stuck in the ice. The Kista thrashed the propellers but nothing happened. We used four stick of plastic explosives around the bow to blast our way through and it sort of worked, but by lunch time we were caught again. This time the skipper sent men overboard onto the ice. They chopped the ice into blocks and pushed it out of the way with a big stick. Not very high tech, but the ship was sliding gently astern before the people on the ice knew it.

Caught unawares by the movement, the scientists and mechanics were knocked off their feet and ended up in the frozen water. We didn’t lose anyone but Bill Bewsher, the Mawson Officer-in-Charge was a strange deep blue when we got him back on the ship.

In the last post I promised to tell you more about Harry Ayres, the  New Zealand mountain guide who we met saving Phil’s life on 7 January 1956 and just for good measure, here is a newspaper account of that adventure. 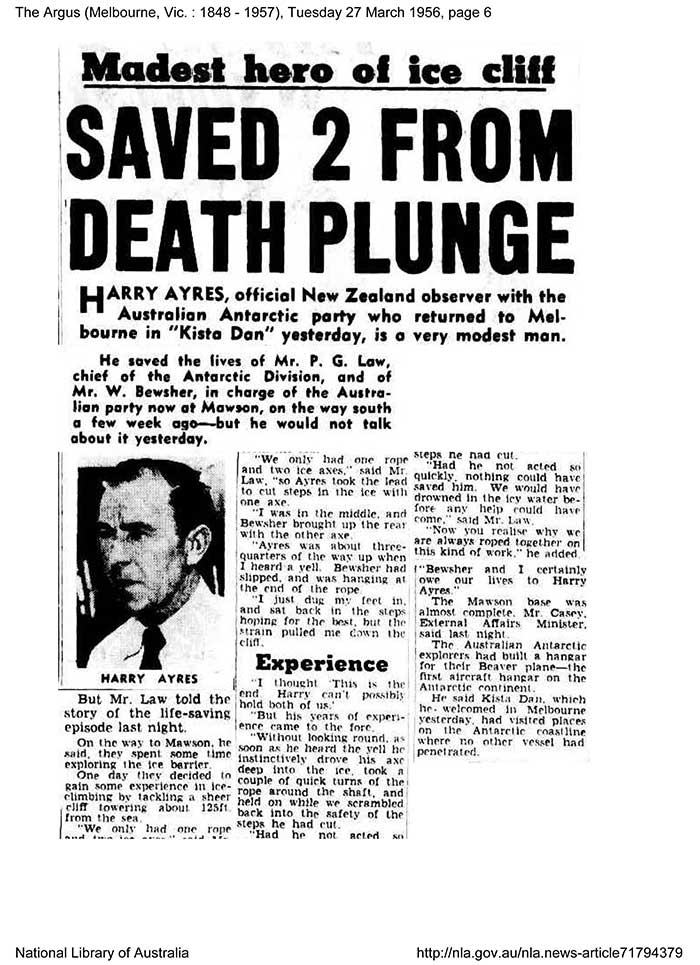 The Australian Women’s Weekly ran a number of features on Harry. As we are intrepid time travellers there is nothing to stop us jumping forward a year to have a look at their feature on Harry in February 1960.

In the Women’s Weekly he was described as the man who ‘taught his friend Sir Edmund Hillary many tricks about mountains’ and as ‘one of the world’s greatest ice-climbers’. He didn’t get the honour of reaching the summit with Hillary but he was right behind him in the support party.

Harry is a lovely man, fully endowed with the courage and team spirit you’d expect of these pioneering Antarctic adventurers and I wish I could tell you that life went well for him, but it didn’t and you’ll have to read the book (Fixing Antarctica) to hear more.

Harry is aboard the Kista with us as a member of the Commonwealth Trans-Antarctic Expedition, led by Dr Vivian (Bunny) Fuchs. There is an excellent film available through YouTube of this expedition.

Edmund Hillary is leading the New Zealand party and Harry will be part of his team. You can read more about that eventful trip in Fixing Antarctica. Harry is heading for Mawson with us to pick up twenty-six of the huskies bred at Heard Island and now living at Mawson. Phil had promised them to the Trans-Antarctic Expedition without any consultation with the Mawson OiC or the surveyor and it’s a fateful decision which almost cost the lives of Syd Kirkby and his party his life. (Yes, of course, you’ll have to buy the book to hear more!). 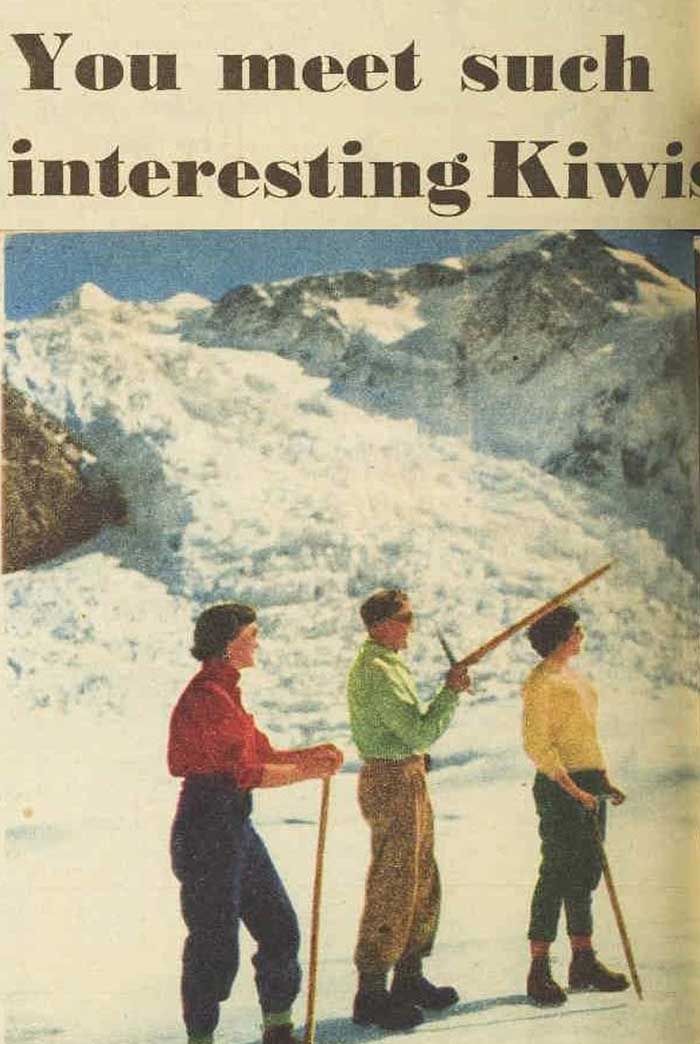